Secretary of State Anthony Blinken arrived on his first official visit to Israel Tuesday and was received at Ben Gurion airport by his counterpart, Gabi Ashkenazi. Blinken’s visit will include a meeting with Prime Minister Benjamin Netanyahu, followed by an extended meeting with Netanyahu, Ashkenazi, and other officials. Later there will be a separate meeting between Blinken and Ashkenazi, as well as an extended meeting of the two countries’ professional teams that will include Israel’s Ambassador to the US and the UN Gilad Ardan.

Later on Tuesday, Blinken will meet with Palestinian Authority chairman Mahmoud Abbas and his Prime Minister, Mohammad Shtayyeh, in Ramallah. And if that doesn’t make for a sufficiently busy workday, Blinken will meet on Tuesday night in Jerusalem with opposition leader MK Yair Lapid, who still holds the mandate for forming a new government.


“The most important thing is that the cease-fire does hold. It’s extremely important that it does. We don’t want to see a return to the bloodshed that was heartbreaking during the 11-day conflict,” a senior State Department official said ahead of the trip.

State Department officials said the US is determined to bypass Hamas in aiding in the rehabilitation and reconstruction of Gaza, as well as in humanitarian relief efforts. To that end, the US will rely on the Hamas-infested United Nations Relief and Rehabilitation Administration (UNRRA) and the Palestinian Authority. They’ll find a true enemy of Hamas in the PA, except that the latter has lost its control over Gaza back in 2006. Still, the US is hoping that by handing Ramallah the purse strings over the Gaza reconstruction efforts it could help it gain some authority in the Strip.

“Hamas will not have veto power over the reconstruction efforts,” a State Department official said, adding, “We can’t fully guarantee it but we will do everything we can to make sure the assistance will go to the people of Gaza and not to Hamas.”

Good luck with that one.

The US also plans to rely on Egypt and Jordan in supervising what happens to the aid funds once they enter Gaza. On Wednesday, Blinken will travel to Amman, Jordan, and Cairo, Egypt, for meetings with King Abdullah and President Abdel Fattah al-Sisi respectively.

Should US funds be deposited in Gaza banks, those banks would be prohibited by law from transferring the money to Hamas, which is on the US list of terror organizations. That, too, should be interesting to watch.

Israel is also demanding a broad discussion with the Secretary of State of the Iranian issue, including whether the American promise to continue to address all the threats from Iran, and not just the nuclear issue, is still standing. The Biden administration has promised to pursue a more extensive version of the agreement with Iran, a second phase of the nuclear deal, which would focus on other issues such as the Iranian ballistic missile program and the Islamic Republic’s spreading of terror and mayhem across the Middle East.

Tuesday marks the start of the fifth round of discussions with Iran, which is reportedly at an advanced stage. 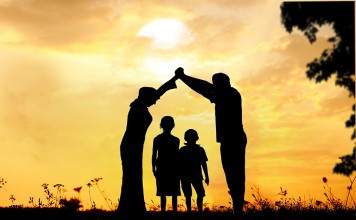