Yamina Chairman Naftali Bennett is doing things right. After the fiasco of splitting from Habayit Hayehudi which ended with himself and his political partner Ayelet Shaked failing to cross the threshold vote, which was followed by a new lease on life, courtesy of Avigdor Liberman refusing to join a Netanyahu-led coalition government, a new election, another new election – and then good things started to happen.

Bennett used his short stint as defense minister in Netanyahu’s caretaker government to both institute a tougher retaliatory policy against attacks from the Gaza Strip; and, even more important – utilized his office to lend a very effective support to the war against the coronavirus. And when Netanyahu cast him to the opposition after the most recent election, Bennett began a commendable effort to do what he could to help fight the pandemic, using his Knesset pulpit and a volunteer organization he created to offer clear, understandable solutions – at a time when the PM and the health ministry were failing miserably to even stick to the same guidelines for more than a few hours at a time.


Now, continuing his program of learning from past mistakes and expanding his appeal to all Israelis—banking on his rising profile in the media—Bennett has published a new book, available in a few hours, or on Sunday at the latest, with a punchy title: “How to Beat a Pandemic.”

Bennett notes on the cover that “the Corona is calling on Israel to become a better, more up-to-date and more innovative version of itself – and as such contribute to all of humanity. I am convinced we can succeed in this. This is my plan.”

Spoken like a true hi-tech entrepreneur who made a million dollar exit and now came down to live among us and lead our struggle. But enough with the cynicism. Compared to all the government bumbling ne’er-do-wells stepping on their own feet, contradicting each other and themselves while the country is pushing 800 dead – Naftali Bennett is a regular George Washington (but without the slaves).

The back jacket says: “Bennett acted at the critical crossroads in the early stages of the corona crisis. In this book he describes what went on behind the scenes of the health and economic battle and explains that if we want to win – the bureaucracy must make way for entrepreneurship.”

The endorsements for the new book come from Maj. Gen. Amos Yadlin, the former head of the IDF Military Intelligence Directorate and currently the head of the Institute for National Security Studies; Prof. Gabi Barbash, who was led by the nose by Netanyahu with the promise of becoming the coronavirus Czar, only to be dropped at the last minute; and Dov Moran, a high-tech entrepreneur.

Barbash is quoted as saying “having joined Bennett’s warnings, I sincerely hope that the lessons will be internalized and the corona will indeed turn from a plague into an opportunity for entrepreneurship and renewal.”

Bennett harshly criticizes the former director general of the Health Ministry, Moshe Bar-Siman Tov, and the head of the public health services department, Professor Michal Sadecki – both no longer in their posts, the former ended his term, the latter resigned in a huff.

“[Bar-Siman Tov] and Sadecki are not bad people. On the contrary, they are first-rate civil servants. But the doctrine that guided them was zero risk. The Health Ministry is inherently a conservative and slow-moving decision making apparatus. This is not the way to win a war. Their conception has shattered the economy and led to the explosion of a much worse second wave,” Bennett writes.

“The absurdity that characterized the first corona wave in Israel was that simple logic failed to penetrate the conceptual wall of senior health officials at the time,” Bennett recalls. “From day one, they were locked on the closure. Bar Siman Tov and Sadecki were unwilling to hear of any other alternative. From the beginning they did not believe in tests and in their value. Night after night, they pushed this line in the news shows: tests are not the solution. There is no need to increase their number.”

Bennett accuses the two top health policy managers of “failing several initiatives to increase the capacity of the tests. When Prof. Gabi Barbash promoted, with the Weizmann Institute, conducting mass tests at the supermarket chains thousands of consumers frequent every day, senior Health Ministry officials torpedoed the idea. When [Director General of the Hadassah Medical Center] Prof. Ze’ev Rothstein performed tests on the hospital’s employees in the riskiest location, senior Health Ministry officials announced that they would stop supplying him with swabs.”

Bennett continues: “The climax came when the bureaucrats from the Health Ministry tripped a strategic move with My Heritage, a successful Israeli high-tech company that researches family trees. The heads of the company proposed setting up a private lab in Israel and undertook to perform 10-15,000 tests a day, but needed the approval of the Health Ministry and a contract with the state, which would ensure the purchase of the tests at a pre-agreed amount. It was within reach, but the Health Ministry sabotaged us.”

Prof. Sadecki responded: “At the time my recommendations were accepted, the State of Israel was a world leader in dealing with the pandemic. Many of the statements in the book range from myths to lies. The fact that former Minister Bennett continues to attack the professionals whose work is valued and proven in Israel and around the world is not related to the field of medicine.” 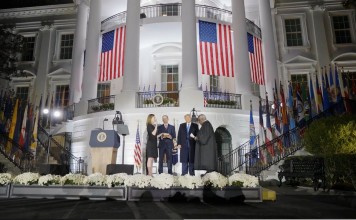 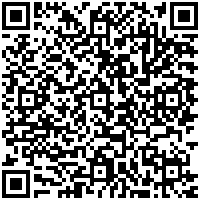