Police have discovered found some 75 Nazi artifacts in a home outside Buenos Aires, proving yet again that high-ranking Nazis settled in Argentina after the war. The collection includes bust relief of Adolf Hitler, a medical device to measure head size, a large Nazi Eagle statue, a Nazi hourglass, and a Nazi box full of harmonicas – all adorned by lots and lots of Nazi swastikas.

Authorities believe it is the largest collection of Nazi artifacts in Argentina’s history.

Argentinean Security Minister Patricia Bullrich told the Associated Press some of the objects were accompanied by photos showing Hitler using them, such magnifying glasses covered in swastikas. “It’s part of Argentinean history and we need to get it out in the open,” she noted.

Agents with Interpol raided the collector’s suburban home on June 8, armed with a search order. They exposed a secret passageway through a large bookshelf, leading to the room with all that Nazi stuff.

The collector was not identified.

The objects are slated to be put on display at the Holocaust Museum in Buenos Aires, which might boost visits to the museum by local neo-Nazis. 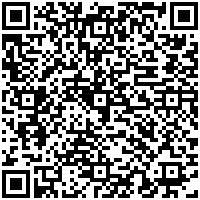