Deputy Foreign Minister Tzipi Hotovely has called for an emergency discussion at the Foreign Ministry in view of the ongoing crisis with the Polish government, following the country’s recently passed law criminalizing statements of Polish complicity in the Holocaust, and subsequent remarks by Polish officials.

The latest crisis ignited in response to remarks by Polish Prime Minister Mateusz Morawiecki on Saturday at the Munich Security Conference, in which he defended the law by saying there were Jewish perpetrators involved in the Holocaust as well as Poles.


“The Polish prime minister’s remarks are grave,” Hotovely said, “and they call for an apology to the Jewish people for the distortion of Holocaust remembrance. We cannot accept such outrageous comparisons. In view of the ongoing crisis with the Polish government, I plan to convene an urgent consultation at the Foreign Ministry.”

Morawiecki’s statement came in response to a question by Israeli journalist Ronen Bergman who related his mother’s narrow escape from the Nazis in Poland after learning her neighbors were planning to denounce the family. Bergman asked if by recounting this, “I am a criminal in your country?”

“The remarks by Mateusz Morawiecki are outrageous and they show an inability to understand history,” Netanyahu said. The prime minister later reached out to his Polish counterpart by telephone on Sunday, telling him there was no basis for comparing the actions of Poles during the Holocaust to those of Jews. Netanyahu pointed out that the goal of the Holocaust was to destroy the Jewish people and that all Jews were under a death sentence. He added that the distortion that may exist regarding Poland’s responsibility for the Holocaust could not be corrected by means of another distortion.

The two agreed that their two countries would continue their dialogue on the matter and that to this end the teams would hopefully meet soon,” the Prime Minister’s Office said in a release to media.

The Polish prime minister’s office further exacerbated an already inflamed situation on Saturday evening by tweeting a photo of him paying his respects at the Munich grave of the Holy Cross Mountains Brigade, a far-right Polish underground paramilitary group that collaborated with the German Nazi occupiers during World War II. 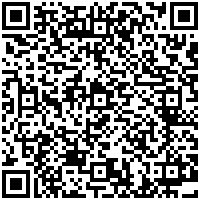