A law criminalizing the suggestion that Poles were collectively complicit in Holocaust-related war crimes and assigns prison terms of up to three years to individuals using the expression “Polish death camp” was approved on Wednesday by the Polish upper house by a majority of 57 to 23 with two abstaining.

The law includes individuals living outside Poland who blame the Poles for having a part in the Holocaust.


Earlier this week, Prime Minister Benjamin Netanyahu announced he had reached an agreement with Polish Prime Minister Mateusz Morawiecki to suspend the legislation. Now it is up to Polish president Andrzej Duda—who supports the new law—to sign it.

The US State Dept. also appealed to the Polish government before the Polish Senate vote to rethink the revisionist legislation, warning that it would cause an international crisis and have a negative effect on Poland’s relationship with both the US and Israel.

Calel Perechodnik, who died in 1944 after having fled the Otwock ghetto, wrote in his diary which was later published by Yad Vashem (courtesy of the Jewish Virtual Library):

“In every town where there was an Aktion (German expulsion of the local Jews), the ghetto was surrounded by a mob that participated in a formal hunt on Jews, a hunt according to all the rules of hunting—with beaters or without them. Did many Jews perish at their hands? Countless ones! In the best case, the beaters took money from Jews, resigned to lead them only to the gendarmes. It was in any case a sentence of death. What could the Jew do without money? He could go to the gendarme himself and ask for a bullet. I myself saw and heard from the mouths of Poles about such cases.

“Our janitor, Jan Dabrowski, caught Jews by force and delivered them into the hands of the gendarmes after first robbing them. The mob acted in unison, the nameless mob. When the conductors on trains noticed a Jew, they communicated to one another, ‘I caught a bird.’ A bird naturally had to be ‘plucked of its feathers.’ I know about this from others, and I witnessed it myself, that the conductor checked the documents of women with a suspicious appearance. In ninety-nine such cases, the conductor exposed himself to shame.

“‘Sir, do you think me to be a Jewess? I wonder if you sir is looking for Jews as a job, or for your personal purposes?’

“But in the hundredth case, the discovered Jewess had to pay the conductor with interest for all past embarrassments. In Warsaw there was even a new occupation: a tracker of Jews. Still, one should not throw stones at these people because they work for the German service. They work as they have an aim and for a ‘noble purpose.’ They want to make it easier for the Jews, meaning making it easier on their pockets.”

In the online debates over the new legislation, Polish contributors inevitably refer to the fact that the highest number of people recognized by Yad Vashem as Righteous among the Nations—6,706—are Poles. However, these stats must be examined in the context of how many Jews lived in Poland at the time: 3,000,000, out of an overall population of 32 million. It means that while roughly 90% of Polish Jews were being murdered, 0.02095625% (a little over two tenths of one percent) of the Poles stood by them. The rest, presumably, either did nothing or, as Calel Perechodnik and so many others have testified, were actively involved, on one level or another, in supporting the Nazi extermination effort.

That dark chapter of history, as PM Netanyahu put it this week, cannot be changed – despite whatever law a country unable to face its own moral failures may put in its law books. 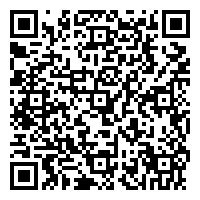