Last week’s yahrzeit of the Lubavitcher Rebbe’s wife, Rebbetzin Chaya Mushka Schneerson, aroused a great demand for inspiring stories about her. Here’s a story about her extraordinary sensitivity and consideration for others, even for those she didn’t know.

About a year before her passing on the 22nd of Shevat, 1988, the Rebbe directed her driver to frequently take her to places where she could imbibe fresh air due to her weak state of health. She was particularly fond of a certain riverbank bathed in greenery in Long Island, where she would sit and enjoy the beauty and tranquility.


Once, en route there, a sign indicated that they would have to take a detour. Driving along the alternate route, they noticed a police car parked near a house where movers were taking out furniture. After they passed it, the Rebbetzin asked the driver to turn around to see what was happening.

Her driver asked what had provoked her interest. The Rebbetzin hesitated before replying, as if choosing her words. “In my childhood,” she said, “my father [the Rebbe Rayatz] once took me to a park. We sat on a bench, and he spoke to me about how Hashem guides everything happening in the world. When we see something unusual, in particular, we should realize hashgacha pratis is at work. When I saw the detour sign, my father’s words suddenly flashed through my mind. Usually there’s no detour on our route, but today there is. It must be for a special reason. Let’s go back and take a look.”

From a small crowd of curious neighbors gathered around the house they had passed, they learned that a Russian Jewish family was being evicted from their home by marshals for failure to pay several months’ rent. The unfortunate couple stood by with their children, all in tears.

Assuming there was no way they could help the family, the driver was ready to move on. But the Rebbetzin looked at the situation differently. She asked the driver to approach the supervisor of the movers and ask how much the family owed. The supervisor looked the driver up and down suspiciously before naming the exact sum – totaling several thousand dollars.

As soon as the driver relayed the information to the Rebbetzin, she took out her personal checkbook and wrote out a check for the full sum! She directed that, when giving the check to the supervisor, the driver make sure that neither the family nor the neighbors notice so as to avoid causing the family embarrassment.

When the driver handed the supervisor the check, the supervisor looked utterly stupefied. He stared back and forth from the check to the driver unable to get a word out of his mouth. Doubtless, never in his life had he encountered such a phenomenon: a complete stranger volunteering to pay the entire debt – particularly such a large sum – of someone being evicted!

Eventually, realizing that the check looked real enough, he pocketed it and called his workers together for a brief huddle. They stopped carrying out the furniture and, with a perplexed look on their faces, started carrying everything back inside again.

The family was told they could now re-enter their home because an anonymous benefactor had paid up the full rent on their behalf. Their faces lit up with amazement and joy. Just then, the Rebbetzin told her driver to drive her away immediately before they started getting curious stares.

This story is a beautiful example of how the Rebbetzin would instinctively help people – as if it were the most natural thing to do – without fanfare or drawing attention to herself.

No wonder that, during the shiva after her passing, the Rebbe, who was grief-stricken, poignantly expressed her uniqueness to one of the many thousands who came to console him, saying, “Her true greatness is known only to the one above!”

After her funeral and throughout the following year, the Rebbe quoted the verse (Koheles 7:2), “And the living shall take it to heart” – stating that we should learn to emulate her shining example, reflecting her virtuous conduct and making it integral to every facet of our lives. 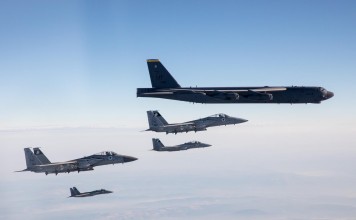 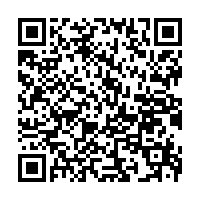