Tunisia plans to ask for a UNESCO World Heritage status for the island of Djerba, with its oldest synagogue in Africa and its annual Jewish pilgrimage, Tunisian culture minister Mohamed Zine El-Abidine said on Sunday.

Speaking at the El Ghriba synagogue, also known as the Djerba Synagogue, in the Jewish neighborhood of Ḥāra al-Ṣaghīra (the Small Quarter), on the last day of the pilgrimage, the Culture Minister said the island was remarkable for its “cultural and religious uniqueness.”


Local tradition maintains that the Jews came to Djerba island, off the coast of Tunisia, during the reign of King Solomon (circa 950 BCE), and settled down in al-Ḥāra al-Kabīra (the Big Quarter). Then a family of priests fleeing Jerusalem in the year 70 CE transported one of the Holy Temple’s gates to Djerba. The gate is believed to be stored in the Bezalel synagogue, a.k.a. El Gharība (extraordinary) in Ḥāra al-Ṣaghīra, in the center of the island.

The Jewish population of Djerba consisted mainly of kohanim (priests), and some claim that they are the only bona fide kohanim we have today.

According to the Jewish Virtual Library, The Jews of Djerba suffered three periods of persecution: in the 12th century under the Almohad Caliphate; in 1519 under the Spanish Inquisition; and in 1943 under the Nazis. In 1946 there were some 4,900 Jews in Djerba, and their number came down to about 1,500 by the late 1960s, then about 1,000 in 1976, 800 in 1984, and 670 in 1993, as most of them made Aliyah or moved to France. The remaining few Jews deal in jewelry and commerce, but their neighborhoods have lost much of their Jewish character as Muslims have moved in – followed by several hate attacks.

According to El-Abidine, the application to add Djerba to the World Heritage List would include the island’s great religious significance, as home to ancient mosques, churches and synagogues. 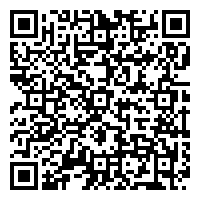