On Sunday night some 1,500 residents of the Romanian town of Sighet and international visitors who came for the event marched down the route taken by the 14,000 Jewish residents of the town who were forced by the Nazis to board trains and ride to their deaths in May 1944.

The march began at the Wiesel family home, and ended at the railway station, where a plaque was unveiled and the station named after Wiesel.


Participants in the march, Jews and Gentiles, held torches, wearing caps that said, ‘Never Again, with white tee shirts bearing a picture of Wiesel on the front. On the back was written the anthem of the march: “Antisemitism led to Auschwitz” – a warning about the renewed increase of anti-Semitic attacks in Europe, and in the U.S.

Held in collaboration with the Sighet municipality, local Mayor Horia Vasile Scubli told The Jerusalem Post, “We are the city of Elie Wiesel, and it’s necessary to keep his memory alive.” Also collaborating on the event was the Jewish community of Romania, and the World Zionist Organization.

Dignitaries came from as far away as the United States, as well as Israel and Europe, and locally from Romania. Eighty students came from Bucharest. Yesh Atid party chairman Yair Lapid – son of Holocaust survivor Tommy Lapid, a close friend of Wiesel – was also present, at Wiesel’s personal request.

“Antisemitism hasn’t disappeared,” Lapid said at a news conference held prior to the march. “It exists in Gaza, the West Bank, Lebanon, Tehran and has recently begun to flourish in Europe and the US… as in the 1940s, anti-Semites understand only strength. The difference is that today we have strength – military strength, moral strength, the strength to say ‘never again.’”

The march, held to honor the memory of Elie Wiesel and those of the victims of the Holocaust who took the same route, was conceived by Wiesel before his death in July 2016.

At the time he discussed it with the heads of the Claims Conference, the March of the Living and FSU Limmud Founder Chaim Chesler, who spoke with The Jerusalem Post about the project, noting that it was important to Wiesel that local residents see with their eyes what happened in their town.

Those who were deported – the town’s entire Jewish population – included the family of famed Holocaust author and historian Elie Wiesel.

They were taken to the Auschwitz death camp, where most of the new arrivals were exterminated in the gas chambers. Wiesel survived to tell the tale of the horrors inflicted on his people. 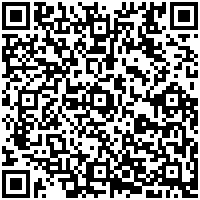