Egyptian President Abdel Fattah al-Sisi and Jordanian King Abdullah II Were on the phone last week, Ahmed Megahid reported in The Arab Weekly on Sunday, and even though the press release the Egyptians released afterwards concentrated on the usual stuff: Mid East instability and the Israel-PA conflict, the conversation was driven by the ongoing protests in Jordan’s streets, a throwback to Egypt’s turbulent “Arab Spring,” and the incessant meddling of the Muslim Brotherhood, which continues to threaten the stability of both regimes.

The large scale demonstrations in Jordan against the economic measures enforced on the country by the International Monetary Fund (IMF) have already resulted in the toppling of the government and the formation of a new one (Jordan’s governments serve at the pleasure of the king). Egypt is in a similar rut, having had to implement unpopular austerity measures in response to IMF demands.

When governments cut subsidies in Mid-Eastern countries with high unemployment and severe poverty, they create a breeding ground for extremist groups like the Muslim Brothers. The Muslim Brotherhood is a transnational Sunni Islamist organization founded in Egypt in 1928. The organization gained supporters throughout the Arab world and influenced other Islamist groups such as Hamas. The Egyptian Muslim Brotherhood was legalized in 2011 and won the 2012 presidential election with its candidate Mohamed Mursi. One year later, following massive demonstrations and unrest, Mursi was overthrown by the military. As of 2015, it is considered a terrorist organization by the governments of Bahrain, Egypt, Russia, Syria, Saudi Arabia and the United Arab Emirates.

“There are similarities between the situation in Jordan and the situation in Egypt,” Saad al-Zunt, head of an Egyptian think-tank, told Megahid. “This was why Sisi wanted to check for himself.”

Salah al-Guindy, an economics professor at Egypt’s Mansoura University, suggested “the reforms have increased inflationary pressures on the public,” noting: “These pressures make it necessary for the government to act to shield the poor and those with limited income against commodity price hikes.”

Sameh Eid, an expert on the Islamist group, told Megahid reports that a Muslim Brotherhood presence in the Jordanian protests is a source of concern for the Egyptians. “The Brotherhood usually waits for an opportune moment to turn the course of events in its own favor,” he said. “It is the most organized, which is why it ends up the most victorious after the political catastrophes that befall the states where it has a presence.”

“True, the Brotherhood is politically over in Egypt but there is belief that the group is still present and waiting for a suitable moment to come back to the political stage,” Eid said. “This makes Egypt very sensitive to the potential political rise of the group anywhere in the region.”

Is It Proper…? May one enjoy good food or is the ideal to not care what one eats as long as it gives one... 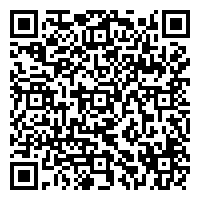