Israel has sent a warning to Gaza’s ruling Hamas terror organization that if weekly riots continue at the southern border, upcoming elections in April won’t stop the IDF from launching military action against the terrorists if necessary. The message was sent to Hamas through a mediator, according to a report broadcast Saturday night on Israel’s Channel 12 TV news.

There was no comment confirming or denying the report from Israel’s Prime Minister’s Office.

Hamas political bureau chief Ismail Haniyeh is scheduled to continue talks in Cairo this week with Egyptian intelligence officials on the endless issue of the terror group’s failed effort to reconcile with the Palestinian Authority’s leading Fatah faction. Also on the agenda is the issue of a ceasefire “hudna” – an understanding leading to a “quiet” of indeterminate length – between the terror group and Israel.

Hamas leaders have also told Egyptian and United Nation officials why they refused to accept the recent third payment of $15 million from Qatar; Israel was trying to impose new conditions on distribution of the money, according to a statement by Hamas deputy chief Dr. Khalil al-Hayyah.

“The Palestinian people would never be subject to blackmail by Israeli officials to promote electoral campaigning,” he said. Al-Hayyah added that the violence at Israel’s southern border will continue “until the Palestinian demands are met.”

At the start of the so-called “Great March of Return” the violence that began March 30 and has continued since, Hamas demanded that Arabs who lived in pre-1948 Israel, and their descendants be allowed to return to wherever they lived at that time. They believe they have a right to the property those people left behind or were forced to leave, in 1948 and in 1967, as the result of the two defensive wars forced upon the State of Israel by the surrounding Arab nations.

Following the terror group’s refusal to accept the third tranche, set for January, Qatar directly distributed $10 million to 94,000 poverty-stricken Gaza families. Qatar also signed a memorandum of understanding with the United Nations to provide $20 million over the next year for humanitarian projects in the enclave.

The Gulf nation had pledged a total sum of $90 million to pay six months’ salaries for Hamas officials in Gaza. In the first month some 50,000 destitute families also received $100 each. Beginning in November, three suitcases filled with a total of $15 million in cash were personally driven into Gaza from Israel each month via the Erez Crossing by Qatari envoy Mohammad al-Emadi.

Within weeks of receiving the first payment, however, Hamas had escalated the violence at the border; by December it was clear that once Qatari funds were back in the coffers, the violence and number of rioters at the border likewise grew exponentially. In January, Israel warned conditions would have to change in order for funding to continue. 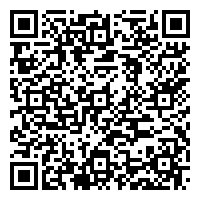