Former Lebanese Prime Minister Fouad Siniora on Monday criticized Hezbollah, saying, “The northern border incident appears to have been pre-organized by both sides; the Israeli side has lost some iron, and the Lebanese side has lost a few trees.” (see: IDF: Skirmish is Over, But Not ‘Big Event’)

Fouad Siniora, 76, who held the post of prime minister of Lebanon from July 19, 2005 to May 25, 2008, stepped down on November 9, 2009, to be replaced by Saad Hariri, son of the late PM Rafik Hariri who was assassinated on February 14, 2005 by a Hezbollah suicide truck bomb in Beirut. Siniora is considered PM Saad Hariri’s mouthpiece, delivering messages which are too “sensitive” for Hariri himself to say.

On July 12, 2006, after Hezbollah had launched a deadly cross-border attack against Israel, the IDF launched a 33 day heavy bombardment and troops incursions against Lebanon, a.k.a. the 2006 Lebanon War. On July 27, 2006, Siniora sought to end the war, presented the seven-point Siniora Plan at a 15-nation conference in Rome, and called for an Arab League meeting in Beirut. He famously sobbed as he described the effects of the war on the Lebanese people during a televised address at the conference.

On August 12, 2006, Siniora welcomed the newly passed UNSCR 1701 that was intended to resolve the 2006 Israel-Lebanon conflict. His Government even declared that unauthorized rocket launching at Israel would constitute High Treason. 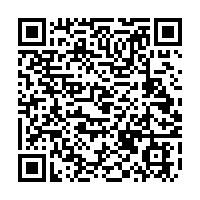