Hezbollah Secretary-General Hasan Nasrallah on Monday denied media reports that he had warned of a likely war with Israel this summer, the Daily Star of Lebanon reported.

Speaking at a Hezbollah ceremony, marking the birthday of the Mahdi (the Muslim messiah figure), Nasrallah denounced the Sri Lanka blasts, suggesting that the culprits are not human. Save that one for the next time a Hezbollah truck blows up somewhere in Beirut…

Only last week, the Kuwaiti Al Rai news reported that the Hezbollah chief had privately warned top Lebanese military commanders about a war with Israel this summer, warning that he may not be around by then, as he will have been the target of an Israeli assassination.

“I may not remain among you for very long,” Nasrallah said, “It is possible that the entire first echelon of leadership could be killed, including myself.”

But on Monday, a more self-assured Nasrallah said in his speech: “I personally eliminated any possibility for a Zionist war on Lebanon,” explaining that the “Israelis have acknowledged that their ground forces are unable to wage a war.”

He also blamed regional terrorism on Saudi Arabia’s Wahhabi philosophy, which, let’s face it, is pretty repugnant. “The Saudis and the Emirates have contributed to the terrorist chaos in region’s countries, including Yemen, Sudan and Libya,” Nasrallah said. 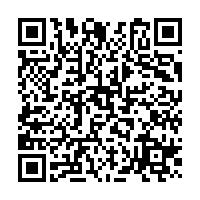