Prime Minister Benjamin Netanyahu and Russia’s President Vladimir Putin agreed in a phone call on Saturday that “coordination between the military forces of the two countries would be continued,” according to statements from both sides.

“The Russian side called for any steps which might trigger a new spiral of dangerous-for-all confrontation in the region, to be avoided,” the Kremlin added in its statement to the TASS news service.

Putin and Netanyahu held their conversation amid a sharp deterioration of the situation on the Israeli-Syrian border after an Iranian drone had been shot down in the Israeli airspace.

In response, Israel destroyed the Iranian UAV control center and other Iranian military targets. Israeli fighter pilots faced massive anti-aircraft missile fire during the operation, which resulted in an Israeli F-16 fighter jet being shot down. The aircraft’s two pilots were forced to eject: one was badly injured, the other sustained minor wounds. Both were evacuated to Rambam Medical Center in Haifa.

“I emphasized in the conversation with [Putin] that it is our right and duty to defend themselves from attacks from Syria,” Netanyahu said.

“I have been warning for some time about the dangers of Iran’s military entrenchment in Syria,” the prime minister added in a separate video statement Saturday evening. “Iran seeks to use Syrian territory to attack Israel for its professed goal of destroying Israel.

“This morning Iran brazenly violated Israel’s sovereignty. They dispatched an Iranian drone from Syrian territory into Israel. And this demonstrates that our warnings were 100 percent correct. Israel holds Iran and its Syrian hosts responsible for today’s aggression. We will continue to do whatever is necessary to protect our sovereignty and our security.”

Syrian media, meanwhile, posted an image of the flaming F-16 spiraling down after being struck by an anti-aircraft missile. The image was captioned, “Today we have destroyed their superiority,” and followed by the phrase, “Homeland, honor and loyalty.”

In the autumn of 2015, Israel and Russia agreed to exchange data in order to safeguard their military forces against any accidental engagements during operations in Syria. A special coordination center was set up at Israel’s General Staff in the IDF’s Kirya base in Tel Aviv for the purpose. 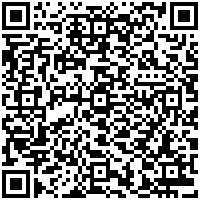