No Israelis were hurt in a terror attack Monday in St. Petersburg, Russia, according to a diplomatic source in New York who spoke with JewishPress.com on condition of anonymity.

At least 11 people were killed and more than 40 others were wounded in the attack, according to Russian news agencies TASS and Interfax.

We are grateful to all Israelis for sincere condolences over the tragedy in the #StPetersburg metro. pic.twitter.com/gRs1QqOHDx

There were two explosions in the metro system between two stations in the city. In addition, an improvised explosive device filled with nails and other shrapnel was found at a St. Petersburg subway station, the local branch of the Federal Security Service (FSB) told TASS.

Russian President Vladimir Putin was in the city at the time of the attack.

Prime Minister Benjamin Netanyahu immediately sent his condolences and those of the Jewish State to Russia.

“On behalf of the Government of Israel, I send condolences to President Putin and to the families of those who were murdered, following today’s bombing on the St. Petersburg subway. The citizens of Israel stand alongside the Russian people at this difficult time.”

At least one of the explosions involved a device filled with shrapnel as well, Interfax reported. All of the metro stations were shut down following the attack, but one of the lines had been returned to service by the end of the day. Indictments were issued for two suspects who were being sought in connection with the attack within hours.

Meanwhile, supporters of the Islamic State terrorist organization praised the attack, saying they were asking “Allah to bless the operation by the lions of Caliphate, Allah kill the Crusaders.”

Russian media reported the radical Islamists were celebrating the attack, saying the explosions had created “a metro to hell for worshipers of the Cross.” The ISIS supporters claimed the attack came as revenge for Russia’s backing of Syrian President Bashar al-Assad, according to multiple reports. 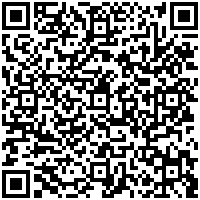