The New York State Assembly has yanked, at least for the time being, a bill that would punish educational institutions that carry out academic boycotts, an action that is synonymous with a boycott of Israel.

The State Senate passed the bill last week, but the State Assembly’s Higher Education Committee has taken the proposal, even though it was amended to be less strict, off the table following protests by academics and legal experts.


On the surface, the bill seems like a glimmer of light in a twisted academic world of darkness. Its original version in the Senate would cut off funds from any institution that engages in an academic boycott, most notably the recent vote by the American Studies Association to boycott Israel because it allows and encourages Jews to live in Judea and Samaria.

The boycott defies all morals, logic and intelligence, so much so that dozens of higher education institutions have pulled out of the ASA. It always is more effective to win a war by fighting back instead of legislating it as illegal.

The New York State United Teachers union opposes the bill on grounds that it would “serve to regulate speech based on content and the message it conveys.”

Pro-Israel groups have protested academic boycotts because it stifles academic freedom and is aimed at schools simply because they receive money from a country whose policies the boycotter finds unacceptable. Many New York educators argue that the anti-boycott bill does exactly the same thing by punishing a school for its ideological positions.

The union’s memo of opposition states, “Withholding state aid from any college or university for speaking publicly about a country; or boycotting a country; or one of its higher education institutions; violates the First Amendment protection of speech. While we may not agree with, or even detest the content of an individual’s – or group of individual’s speech – they are free to express it. This is a fundamental tenet of our Constitution.

“Similarly, an academic institution has the right to participate in a boycott over issues of public concern regardless of whether we agree or not with the subject matter that the boycott addresses…..

“The enactment of this legislation would serve to regulate speech based on content and the message it conveys…. The bill is also unconstitutionally vague in that reasonable persons can’t know what is prohibited and what is not.”

Assemblywoman Deborah J. Glick, a co-sponsor of the bill and the chairwoman of the Higher Education Committee, said she removed it from the committee’s consideration because she felt that “we needed to take a longer look” and that the bill needs to be modified to deal the issue of academic freedom.

The general counsel for the City University of New York, Frederick P. Shaffer, said the bill “creates a dangerous precedent of legislative intrusion into the decisions of higher education institutions concerning academic matters.”

Boycotts, such as the campaign against Israel, may be carried out because of a twisted vision of the world. But the most effective antidote has been its failure.

The Boycott Israel campaign several years, which tried to convince people not buy anything from anywhere in Israel, fell flat on its face when people woke up to discover that their computer chips are made Israel, their disk on key was invented in Israel, and their generic pill or prescription drug against Multiple Sclerosis is made and sold by Israel-based Teva Pharmaceutical.

BDS has been targeting SodaStream, which has a factory in the Judean Hills in “post-1967,” Israel, and so far has had little success. 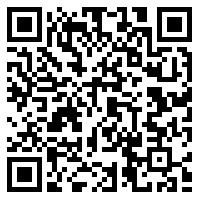