More than 200 were killed and dozens of other worshipers were wounded Friday in a bombing and shooting and bombing attack on a mosque in the northern Sinai town of Bir al-Abd, Egyptian officials said. The attack took place as worshipers were listening to a sermon during prayers on the Islamic Sabbath.

Deadly explosion rips through a mosque in northern #Sinai in #Egypt, killing scores of people pic.twitter.com/52XKoTy4wu


Israel strongly condemned the “painful terror attack in Egypt” and sent “the condolences of the Israeli people to [Egyptian] President [Abdel-Fattah] Sisi and to the Egyptian people,” in a statement from Prime Minister Benjamin Netanyahu’s office.

Unidentified terrorists arrived in four off-road vehicles at the Al Rawdah Mosque near El Arish where supporters of Egyptian security forces were praying, according to eyewitnesses and a security source, as well as Egypt’s official Middle East News Agency (MENA).

Worshipers who were not immediately killed in the suicide bombing and who tried to flee were shot to death, according to a survivor who spoke with reporters.

President Abdel Fattah El-Sisi convened an emergency meeting of his security cabinet in Cairo in response to the attack.

Egypt has struggled with vicious terror attacks aimed at toppling the El-Sisi government from the start after former Muslim Brotherhood-backed President Mohammed Morsi was deposed in 2013 after serving just a year in office. He was sentenced in 2015 by an Egyptian court to 20 years in prison for ordering the arrest, torture and killing of protesters while in office.

Many of the attacks, some of which were carried out by the local branch of the Islamic State terrorist organization, are aimed at police and security forces in the Sinai Peninsula. Some are aimed at local mosques in the peninsula, as well as Christian churches outside the region.

Many of the bloodiest attacks are directed at the country’s Coptic Christians, who comprise just 10 percent of Egypt’s population and who are targeted by the nation’s radical Islamist elements.

(This article was posted from New York prior to the holy Sabbath.) 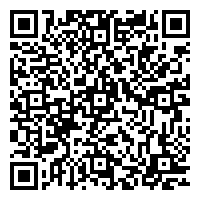