“Yaakov ran toward the fields of Aram, and worked for a wife, guarding [sheep in order to marry] a wife” (Hoshea 12:13).

Although Lavan was not a righteous individual, we can learn a few things from him. For example, he teaches us not to make light of the blessings we give our children. In Bereishis (32:1), the Chumash tells us that before Lavan leaves Yaakov and his family, he blesses his children and grandchildren, the Shevatim. Why does the Torah tell us this? The Seforno explains that a father’s blessing, even that of a wicked father, has more power and a greater chance of coming to fruition than that of any other person. A father blesses with all his essence, with a tremendous amount of concentration; this makes the blessing more potent.


Another lesson we can learn from Lavan is based on a shmuz given by Rabi David Abuchaztzera.

Dovid HaMelech once said that he learned even from his enemies since is because everything one sees and hears can be used to further one’s avodas Hashem.

Yaakov Avinu told Esav, “Im Lavan garti – I lived with Lavan.” Chazal point out that the word “garti” is made up of the same letters as taryag, or 613. Yaakov was telling Esav that even though he lived with Lavan, who was evil, he kept all the mitzvos and did not learn from his evil ways.

Look at how hard Lavan worked; he lifted heavy objects, tended to the sheep and goats – day and night. He displayed self-sacrifice for the vanities of this world. Yaakov should have learned from him how hard a person can work at something. This is one of the reasons Yaakov was afraid he did not have zechusim to be saved from Esav’s attack. Im Lavan garti, and yet I did not keep the Torah with the same desire, devotion, and excitement as Lavan showed for his wealth.

Dovid HaMelech said, “Yom leyom yabia omer v’layla l’layla yechave daas – Day following day utters speech, and night following night declares knowledge” (Tehillim 19:3). What “speech” is uttered “day following day”? One day speaks to the next day and tells it, “Don’t be like me, I did not take advantage of every moment of today. Take advantage of every moment – you will be held accountable for every one that is wasted.”

At the conclusion of each day, the Vilna Gaon would account for every second. He wanted to be sure that he did not waste a moment and to see if he could have utilized the moments in his day more than he did. There are countless stories of how our holy ancestors spent their entire day serving Hashem.

Look at how hard a businessman works to be successful. Should we not work as hard in avodas HaBorei? A businessman thinks about his work all the time. Our devotion to Hashem must be similar. This is what is meant by “b’shivtecha b’veisecha u’vlechtecha baderech u’vshochbecha u’vkumecha – while you sit in your home, while you walk on the way, when you retire and when you arise.”

Just as each day tells the next one that it should be better, so do the nights. We are accountable for how we spend our nights: Did we learn before going to sleep? Did we spend time thinking about what we did? What did we dream about?

When we are called up to the Torah we recite an opening bracha before krias HaTorah and then a concluding bracha when the aliyah is over. The Levush wonders why we make a bracha before learning Torah in the morning but we don’t make one in the evening before going to sleep. He explains that it is because Torah should be with us even when we are sleeping. That is why in the morning we recite the bracha of “vehaarev na” on the Torah we learned in our sleep and “asher bachar banu” on the Torah we are about to learn during the new day.

My father zt”l used to cite the halacha that “ein kiddush ela bimekom seudah – Kiddush may only be recited while eating a meal.” He added that we could also interpret this rule to mean that we can measure a person’s sanctity while he eats. We can only discover a person’s true level of holiness when we can observe how he eats. Our whole bodies, and all of our actions, must be used to sanctify Hashem and the world He gave us.

Chazal say that the yetzer hara grows stronger every day. How do we defeat it? By adding a newness and freshness to our Torah learning. The pasuk says, “Toras Hashem temima meshivas nafesh – The Torah of Hashem is perfect, restoring the soul.” The word temima implies wholeness, perfection – no matter how many chiddushim we have on the Torah, it will always remain whole. Those who finish Shas on a regular basis will always have something new to learn.

While the levels described by Rabi David are hard to reach, it’s important for us to know what is possible to achieve and to see if there is a way to apply some of what we have learned in our own lives.

Perhaps we can begin with the excuses we give ourselves for not accomplishing all that we should. As it says, “Ein davar ha’omeid k’neged haratzon” or “Where’s there’s a will, there’s a way.” The question, though, is: What does our will really want?

Can we honestly say that we are not studying Torah, davening, or performing acts of chesed because we are too tired or too busy? Or is it that our will is not strong enough, that we don’t desire it enough? Do we just give up when faced with the slightest challenge to overcome or do we have an “it has to work at all costs” attitude? 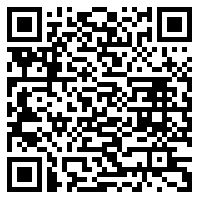