Several militants raided the shrine of Ayatollah Khomeini south of the capital Tehran on Wednesday morning, wounding and killing several individuals in a bomb attack and a shooting spree, Fars News reported.

Three unidentified armed men started the shooting spree at Imam Khomeini’s shrine, according to the report, with two of the militants shooting dozens of rounds at the crowd inside the shrine while the third militant detonated himself. The sound of the blast was heard at an underground tunnel near the shrine.


According to Fars, law enforcement and guards at the shrine reported defusing another suicide vest at the scene.

The militants’ attack was synchronized with an attack on the Ayatollahs’ regime parliament building, where an unknown male gunman fired several rounds at the guards protecting the parliament, wounding three in a hallway on Wednesday morning. Later reports indicated an armed attack by several militants.

According to initial reports, the attacker entered the parliament building while shooting at the guards, injuring one guard and two civilians. The gunman escaped from the scene, but was apprehended in a parliament hallway.

There are reports that the assailants are also holding hostages in the parliament building.

Iranian media sources report that the militants were planning on attacking the Iranian regime’s Members of Parliament, but got lost in the building.

According to Ranjbarzadeh there were four militants and 8 people were wounded in the attack. 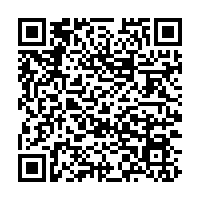