With just nine days left before the Knesset elections, Prime Minister Netanyahu paid a visit to Kibbutz Kfar Etzion today (Sunday), for the inauguration of a new neighborhood, known as the Yovel (Jubilee) Neighborhood. During his remarks, Gush Etzion Regional Council Head Shlomo Ne’eman said that the mission of Gush Etzion “is to erase the disgrace, which is the “Green Line”, from the maps of our country.”

Prime Minister Benjamin Netanyahu in his campaign speech said, “There are old communities here and there are young communities. We wanted to regulate [authorize] the young communities but why didn’t we succeed? The whole Likud was in favor. So why didn’t it pass? Because we were in a rotation. Benny Gantz was against it. And why were we in rotation? Because we did not receive enough mandates. I am not going back to a rotation. A government headed by me without a rotation. A strong and stable right-wing government led by Likud under my leadership. A nationalist government that will take care of communities in Judea and Samaria, both young and old. We will build more neighborhoods here. The period of the piggybacking government is behind us.”


Gush Etzion Regional Council Head Shlomo Ne’eman said: “We are in the place where the “Queen Fell” (A reference to the fall of Gush Etzion in the War of Independence), and a kingdom rose. And you are sitting here today on the throne of the renewed kingdom of Israel. We welcome you today to the inauguration of a new neighborhood for our young people – the next generation of Gush Etzion that is building additional homes, and planting more trees, in order to strengthen the Jewish presence in Gush Etzion, and in Judea/Samaria in general.

The mission of Gush Etzion isn’t just about our communities, but it’s about the strengthening of the entire state. Our mission is to erase the disgrace which is the “Green Line,” from the maps of our country. You are leading this erasure, Mr. Prime Minister, through the sovereignty plan, and we expect you to continue to work so that our country will be whole, and in order that we will be a sovereign and inseparable part of the State of Israel.”

Prime Minister Netanyahu in reference to the elections added: “If Lapid is elected, what will happen? He will not withstand international pressures. He for sure will not approve the regulation of “young communities,” and won’t advance development of the older ones. He will not build, and he will say that we will have to uproot. He said that in order to have peace with the Palestinians we will have to uproot communities. Lapid partakes in lies with other politicians. He will establish a government of rotations. This will be a “shakshuka” government. Don’t lend him a hand. Vote for Likud!”

The Prime Minister did not say anything about sovereignty during his visit, just about regulating (authorizing) the communities. 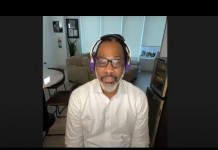 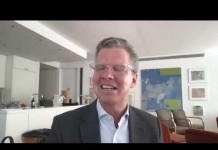