As Jews around the world prepare to celebrate Rosh Hashanah, Rabbi Zamir Isayev, Director of the Baku Jewish school and Chairman of the Georgian Jewish community of Azerbaijan, noted that the atmosphere ahead of the Jewish High Holidays in his country is the best in the entire Jewish Diaspora:

“In Baku, usually, a lot of people come to the synagogues to hear the shofar. We have three synagogues: one Mountain Jewish, one Ashkenazi, and one Georgian. There, we always congratulate the President on Rosh Hashanah, as he always sends an official greeting to the Jewish community every year for the Jewish New Year.”

“Passersby, regardless of their religious affiliation, always congratulate us on Rosh Hashanah,” the rabbi noted. “They also film us and take pictures. Each year, our community is flooded with emails, phone calls, and messages from non-Jews in Azerbaijan, congratulating us ahead of Rosh Hashanah.”

According to Rabbi Isayev, the situation is a bit different in Azerbaijan’s Red Village, a city that’s entirely Jewish. “There, all the streets are full of Jews going to synagogue on Rosh Hashanah. In contrast, Baku has just three synagogues. It’s a major cosmopolitan city, not a Jewish town.”

Nevertheless, the rabbi noted that he enjoys celebrating Rosh Hashanah in Baku, as the Azerbaijani Muslims show the community so much respect.

The fact that the Azerbaijani Jewish community is so highly regarded in the Eurasian country that even non-Jews send out holiday greetings is an indication of the warm friendship not only between Jewish and Azerbaijani people but also between Israel and Azerbaijan. Ahead of the holiday, Israeli Diaspora Affairs Minister Nachman Shai had an online meeting with the Chairman of the State Committee on Work with the Diaspora Fuad Muradov, who congratulated the new minister on his appointment and wished him success.

They also spoke about the close cooperation and strategic partnership based on mutual trust between the States of Israel and Azerbaijan. They noted that the friendly coexistence between Jews and Muslims in Azerbaijan forges the foundation for strengthening relations between the two states.

Chairman Muradov recalled the statement made by Azerbaijani President Ilham Aliyev: “We continue activities aimed at building bridges between religions, cultures, and countries,” after which Aliyev pointed out that the tradition of tolerance in Azerbaijan, the strong friendship and brotherhood between the ethnic and religious communities that live in the country, the coexistence between representatives of different peoples and religions, as well as the promotion of peace and tranquility, are his government’s top priorities.

Minister Shai thanked Muradov for his heartfelt congratulations, expressed deep satisfaction regarding how the Jewish community of Azerbaijan is treated, part of the country’s multiculturalism and religious tolerance. He added that he deeply appreciates the efforts made by the Azerbaijani Jewish community in Israel and stressed that he hoped that relations between the two countries would always remain this friendly. 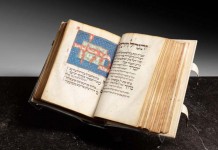 Azerbaijan Denies Iranian Accusations of ‘Israeli Presence’ on its Border 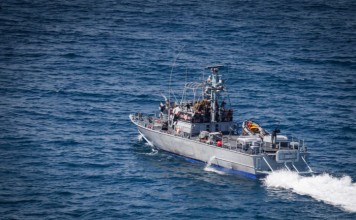 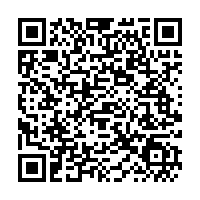