The May 2021 conflict erupting in Jerusalem and culminating in Israel’s military operation in Gaza, Guardian of the Walls, again rocked the foundations of Jewish and pro-Israel positioning in the progressive movement, state the authors of Jewish and Israel Erasure within Contemporary Progressive Discourse, a Reut Institute paper published on Thursday that analyzes how contemporary progressive discourse defined the debate on the left during and in the aftermath of the recent Gaza war.

The conflagration brought to the fore the power of dynamics in which contemporary progressive discourse threatens to undermine Israel’s status in the US, and, more broadly, Jewish legitimacy in defining Jewish identity, experience, and vulnerability within progressive circles.

The paper’s recommendations center on the urgent need to clearly articulate and define the challenge, and to mobilize a critical mass of organizations and initiatives to address it. Notably, impacting will require investment in community relations alongside significant adaptation of Jewish communal engagement models.

The report shows how progressive conceptual frameworks amplified a reaction on the left that was notable in the extremity of its rhetoric and the extent of its mainstreaming. Their influence was prevalent in framing designating Israel uniformly as a ‘white establishment oppressor,’ and in subsequent attacks on the U.S.-Israel ‘special relationship’ and demands to strip it of special consideration or protections in favor of ‘even-handed’ treatment.

The Reut report draws on recent events to generate new insights into this challenge, and the threat it poses in disempowering Jewish and pro-Israel agency and advocacy on the left, and on the Jewish communal response to it, describing for example:

This lack of shared understanding of the fundamental threat limited the efficacy of Jewish communal responses. This while a deeply polarized and highly disparate Jewish community focused on contradictory understandings of common issues. “Thus, a systemic challenge that emanates from decentralized networks and movements met a response that remained highly contextual and limited in systemic impact,” the authors suggest.

A conceptual clash can result in hostility, discrimination, and bias against Jews – Often based on binary divisions that center on skin-color and class-based conceptual categories and on orientation to radical change, progressive conceptual frameworks fail to reflect, or actively distort, the lived Jewish identity, experience, and vulnerability.

Because they center on empowering designated oppressed voices, which Jews are deemed to not be, these frameworks lend themselves to silencing Jewish voices. Once defined within white, privileged, and oppressor conceptual categories, Jews are subsequently disempowered from objecting to the external imposition of these categories and framing of the Jewish narrative. This poses a threat of neutralizing Jewish voices on Jewish and pro-Israel agendas; challenging the legitimacy of Jewish advocacy for individual or collective Jewish security and against discrimination; and undermining the legitimacy of Jewish vulnerability or discrimination claims, including regarding the Jewish state.

Daphna Kaufman, the lead author of the document, explains that “the challenge to Jewish and pro-Israel positioning on the left presents a real and systemic threat to the sustainability of the current broad consensus of bipartisan support – a basis of the stability of the status of Jewish communities in the US, and the US-Israel relationship. In dividing within and among Jewish communities in the US, and threatening the connection of many Jews with Israel, the threat is also to Jewish peoplehood.”

She concludes: “Centering voices from the Jewish left in developing and deploying responses to this challenge is especially critical given a larger objective of impacting Jewish and pro-Israel positioning on the left.”

Eran Shayshon, the CEO of the Reut Institute, adds that “we are committed to dealing with this issue because it undermines the traditional bi-partisan support for Israel in the U.S., and therefore, it is an Israeli national security issue. What is lacking is a shared understanding and a galvanizing vision around the challenge.” 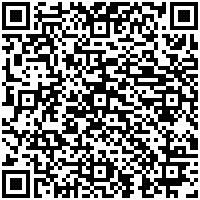