Israeli grownups are less skilled than most citizens of the industrialized countries in math, reading and problem-solving in a digital environment, the Central Bureau of Statistics announced on Tuesday. The findings were collected by the Israeli Survey of Adult Skills, which is part of the Organization for Economic Cooperation and Development Program for the International Assessment of Adult Competencies for 2014-2015.

In reading literacy, the average score in Israel is 255 compared with 268, the OECD average, placing Israel in 28th place out of 34 countries in this category.

In solving problems in an online environment, the Israeli average is 274, compared with 279, placing it in 24th place out of 29 countries surveyed.

However, in all three areas, Israeli Jews scored far better than their Arab neighbors, with an average gap of 40 to 50 points in every area. Israeli Jews consistently scored at the OECD average, while Israeli Arabs fell far below.

The surveys were conducted in Hebrew, Arabic and Russian.

The survey found that only 9% of Jews lacked basic digital skills: using a computer mouse, scrolling down a website, compared with 34% of the Arabs surveyed.

The average score of younger participants was higher than the score of older participants in all three areas. The older the participant, the lower the score. However, Jewish scores strated dropping significantly at age 40, while Arab scores did at 30.

Men lead women in Israel in math literacy, but the two sexes are equal in reading literacy and in problem solving.

The survey found a correlation between participants’ scores and their income level. Participants with total inexperience in using computers reported annual incomes as low as $20,890.

Poll: American Jews Disapprove of Jerusalem, Trump, Settlements, and the Jewishness of the State 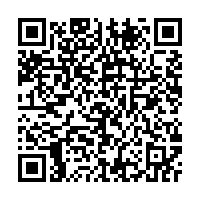