The Palestinian Authority terrorists who firebombed an Egged bus in the Jordan Valley in 1988, killing five and wounding five, made sure the wounds would be as painful as possible.

Juma’a Adem and Mahmoud Kharbish mixed glue with the gasoline, causing the flammable liquid to stick to the skin of the victims, two of whom were American-Israelis Sandy Bloom of New York City and her husband Dov of Pittsburgh.

These terrorists, among 104 who Prime Minister Binyamin Netanyahu wants to free, cruelly murdered a mother and her three children, an IDF soldier who tried to save them, and severely wounded five people, including the Blooms.

They were walking free at the time they firebombed the bus, after having been previously jailed for attacking Jews with Molotov cocktails.

They will go free again following Sunday’s Cabinet approval of Prime Minister Binyamin Netanyahu’s request to contradict his stated policy not to resume talks with the Palestinian Authority if it insists on pre-conditions, such as freeing convicted terrorists who have maimed, wounded and killed hundreds of Jews.

The Egged bus in 1988 was travelling from Tiberias, on the shores of the Kinneret, to Jerusalem. On board were Eliezer Weiss, her wife Rachel, and their three young sons.

Eliezer escaped alive. His wife and children died in the flames, and an Israeli soldier who tried to save them also did from smoke inhalation.

Dov and Sandy Bloom were living at the time at Kibbutz Maaleh Gilboa, overlooking the Jordan Valley and where they made aliyah in 1979 as part of a Bnei Akiva group from the United States. They were on the bus for a vacation and ended up in the hospital for five weeks for severe burns.

The terrorists struck at night Bloom told the Jewish Press.

“We left their children with the grandparents at the Kibbutz. We were on the bus when there was a flash and a boom,” he continued. “Within a second, we were covered with a flammable liquid and were burning up. The terrorists threw several firebombs, and one of them smashed through our window.

“The flammable liquid spilled on us, and we later found out that the terrorists mixed glue with the gasoline to cause more pain and more severe burns.

“We managed to get off the bus, and two passengers who were in the army, helped out out the flames, which inflicted second degree burns on both of us.”

The Blooms were rushed to Hadassah Hospital. It was five weeks before Dov and Sandy could leave. “We also spent years of painful recuperation with more operations and skin grafts,” Dov Bloom added.

The Blooms cannot fathom how the Israeli government can release the Palestinian Authority Arabs who murdered six others and tried to murder them.

Dov said Saturday night that the prosecutor was contemplating requesting the death penalty for the terrorists but eventually settled for life sentences.

A life sentence in Israel, unless you are Yigal Amir, usually means early release with plenty of years ahead. For terrorists, those years are not always filled with helping old ladies across the street and going to a mosque. Sometimes they mellow. Sometimes they revert to killing Jews.

“I am horrified at the thought these murderers will be walking free again,” Bloom told the Jewish Press. “Politically, it is extremely unwise to offer one-sided concessions to the Palestinian Authority, which is offering no concessions. This flies in the face of Netanyahu’s promises that ‘if you give, you will receive something in return.’

“This undermines the Israel legal system.”

Sandy Bloom recalls that when the terrorists were convicted in court, they flashed the “V’ sign for victory.

“They are happy to kill Jews,” she answered. 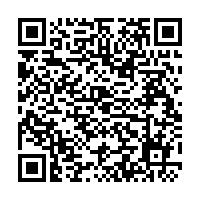