US Ambassador Tom Nides tweeted Wednesday morning: “Very sad to learn of the death of American and Palestinian journalist Shireen Abu Akleh of AJArabic. I encourage a thorough investigation into the circumstances of her death and the injury of at least one other journalist today in Jenin.”

OK, so that’s not going to happen. According to Channel 13 News, citing a senior security source, “The Palestinians decided to bury journalist Shireen Abu Akleh within an hour after her death. They did not conduct an investigation themselves. Together with her, they also bury the truth.”


At the last minute, the PA decided to have Abu Akleh lay in state until Thursday.

Yes, boys and girls, get ready for yet another blood libel, manufactured by the folks Israel handed the liberated territories so they would seek peace with her. Palestinian Authority Chairman Mahmoud Abbas accused the IDF of killing Abu Akleh, and Hamas called the incident a “preplanned crime.”

The available evidence point to Abu Akleh’s being killed by a wild Arab terrorist who was convinced he had gotten himself a Jewish soldier. See for yourselves, there are no IDF soldiers anywhere, and the Arab terrorist claiming the kill (in the second video below) is a few feet away from the body wearing a “Press” vest. There’s also questions is the new video that came out hasn’t been modified a bit – Payllywood style.

In appearance, Israeli footage that says there was a Palestinian cross fire doesn’t fit with this location.

She is also wearing a helmet and body armour. pic.twitter.com/fYCMQqxlxf

Prime Minister Naftali Bennett responded Wednesday morning: “According to the information we have gathered, it appears likely that armed Palestinians — who were firing indiscriminately at the time — were responsible for the unfortunate death of the journalist.

“Palestinians in Jenin were even filmed boasting ‘We hit a soldier; he’s lying on the ground.’

This morning, in Jenin, terrorists heard saying: “They’ve hit one, they’ve hit a soldier, he’s laying on the ground”

But no IDF soldier was injured in Jenin

“However, no IDF soldier was injured, which increases the possibility that Palestinian terrorists were the ones who shot the journalist.

“Israel has called on the Palestinians to conduct a joint pathological analysis and investigation, which would be based on all of the existing documentation and findings, in order to get to the truth. So far, the Palestinians have refused this offer.

“IDF forces will continue their counterterrorism operations, in order to end the deadly wave of terror and restore security to the citizens of Israel.”

IDF spokesman Ran Kochav said that “the journalist was most likely killed by Palestinian gunfire.”

But all of this real information is wasted on the Arab side which now has a twofold mission: to hide the fact that Abu Akleh was killed by an Arab terrorist; and to continue screaming Israel did it, don’t bother us with the facts.

Meretz MK Mossi Raz tweeted a self-righteous message: “Journalist Shireen Abu Akleh was shot to death this morning while working in the Jenin refugee camp. This is what the occupation looks like.”

Interior Minister Ayelet Shaked tweeted back: “No, Mossi. This is not what the ‘occupation’ looks like, this is what fake Palestinian propaganda looks like. This is how heroic fighters look when they enter Jenin to engage the armed militants in their homes, so the latter won’t meet Israeli civilians in bars in Tel Aviv and Elad’s parks. We will support our fighters and continue to fight terrorism without compromise.”

Nurit Baytch tweeted in response to Ambassador Nide’s message: “Given that Shireen was a US citizen, would the US consider proposing to oversee the investigation since the 2 sides want to point the finger at the other side?”

Of course, if the body is already six feet under, an impartial investigation would require an impartial exhumation. Will the PA go for it? Considering all the evidence above, not likely. 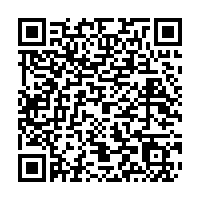