The European Union, which has been active in pushing Arab takeover of Israeli territory in Area C of judea and Samaria, welcomed the announcement on Saturday, calling on Israeli authorities to facilitate holding the vote “across all the Palestinian territory,” meaning including eastern Jerusalem, which is legally part of “green line” Israel.


UN Secretary-General Antonio Guterres stressed the same point in his statement, saying “the holding of elections in the occupied West Bank, including East Jerusalem and Gaza will be a crucial step towards Palestinian unity.” Guterres suggested the vote would “give renewed legitimacy to national institutions, including a democratically elected Parliament and Government in Palestine.”

The last time the PA held presidential elections was in 2006, and Abbas was elected for four years, which he has extended to sixteen. That’s because Hamas won the vote in the Gaza Strip and in 2007 ejected the PLO from the area. Since then, the excuse offered by Ramallah for remaining in power all these years without a popular mandate has been the fear that Hamas would win a legitimate election by a wide margin.

Nothing has changed in that regard: while the PLO traditional leadership is fighting a variety of newcomers from within and without the organization, Hamas remains unified, with a very good chance to win much of the southern part of the PA. With that in mind, the Abbas announcement is nothing short of the gamble of his lifetime.

There are several possible reasons for this decision by Abbas, who was a lad of 70 when he was elected and is clearing 86 this year. The past four years under Donald Trump’s presidency have not been kind to Abba and the PLO. Trump relocated the United States Embassy to Jerusalem (although he picked western Jerusalem for the new embassy and kept eastern Jerusalem clear for an American embassy in the State of Palestine had Abbas been willing to play ball); he closed the PLO offices in Washington, DC; and he reduced drastically the US assistance to UNRWA, which impacted “Palestinian refugees” throughout Lebanon, Syria, and Jordan, in addition to the PA and the Gaza Strip.

The parting gift from Trump to the PA demolished much of the ideological foundation for the Abbas rejectionism regarding the US role as an honest broker in the Middle East: what began as a cold and limited peace between Israel and Egypt, is now erupting in a string of treaties proving it is possible to have peace with Israel without receiving the blessings of the folks in the Muqatta. Arab countries are no longer obligated to solve the “inequities” of 1948 and 1967 in order to normalize relations with their strongest natural ally in the region against the forces of Islamist fanaticism.

The only major power on the planet Abbas can rely on to bring back, resuscitate, really, the old and tired concept that nothing can move forward in Israeli-Arab relations before there’s a Palestinian State is… the Democratic party. And Mahmoud Abbas is banking on the good old Kerry State Dept. hands in the Middle East to take over the good old “peace process,” and bring back the winning formula whereby the PLO receives billions in support while Israel is pushed into concessions that would endanger its very existence.

Except for the fact that lacking legitimacy in the form of voter support would be a problem for Abbas’s friends in the Tony Blinken State Dept. Indeed, several Israeli pundits have suggested that between the Joe Biden inauguration and the June 31 election something will go wrong, forcing the elderly chairman will rescind his generous offer. Otherwise, Israel would have to intervene and put an end to the pretense that a democratic Palestinian State is a thing. 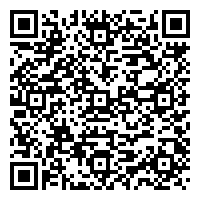