The Subcommittee on Objections in the Supreme Planning Council in the Civil Administration will convene next week, after an eight-month lull. It will debate—in coordination with the Biden administration—the approval of construction plans in various planning stages of a little more than 2,000 Jewish housing units in Judea and Samaria. This figure is at least 2,000 units shorter than the original plan, and it coincides with the Defense Ministry’s approval of 1,000 building permits for PA Arabs residing in Area C which is under full Israeli control.

The committee meeting, which was originally supposed to discuss the approval of construction plans for more than 4,000 housing units for Jews in Judea and Samaria, is only taking place because of pressure from Yesha Council on Prime Minister Naftali Bennett. The settlers’ leadership has been demanding to set a date for the discussion, following the agreement between former Prime Minister Benjamin Netanyahu and former President Donald Trump approving the issuing of building permits in Judea and Samaria every quarter.


If you’re a fan of calendars and the way they intertwine with global politics, you’re in for a treat. It turns out that this period of eight months during which the Subcommittee on Objections has not been convened parallels perfectly the time that passed since President Joe Biden’s inauguration. The subcommittee last met in January and approved only 792 housing units. Since then, thousands of housing units in various planning stages have accumulated in Yesha, and they’re awaiting approval. So in recent weeks, PM Bennett’s office has been working with the White House to receive our American allies’ approval to convene the committee. I kid you not.

Apparently, receiving Washington’s approval for what goes on in Israeli construction five minutes from Kfar Sabba required two gestures on the Lapid-Bennett-Gantz government’s part: first, let 1,000 Arab homes bloom on Israeli soil; and second, cut down the Jewish homes from more than 4,000 to about 2,000.

Yesha Council held an emergency meeting Thursday, following which they released this statement: “We are in an unacceptable situation whereby plans that were approved by Defense Minister Benny Gantz have been rejected by Prime Minister Naftali Bennett. We oppose this unprecedented move to cut down construction plans in Judea, Samaria, and the Jordan Valley, even though they are ready for approval. It’s inconceivable that plans that have been frozen on the committee’s desk for eight months will not be approved. This sets back the settlement enterprise for many years to come. We cannot continue to sit and wait.”

Immediately after the details regarding the permits for 1,000 Arab units in Area C came out, several Likud MKs hit the airwaves with condemnations of the Bennett government. MK Miki Zohar, for instance, said: “After this government sold the country to Mansour Abbas and gave NIS 53 billion to the Islamic Movement, they continue to pay to survive and are giving a gift of a thousand apartments to the Palestinians. From one day to the next, it turns out that this is a bad government for Israel and really good for the Palestinians.”

Many details in the above attack are untrue, including the mantra of NIS 53 billion to the Islamic Movement (it’s not 53 billion, it’s 33 billion over several years—extending the original plan set up by Netanyahu; and it’s not a gift to the Islamic Movement, it’s much-needed infrastructure projects across the Arab sector). But even more important in this case – the agenda of the Supreme Planning Council in the Civil Administration includes approvals for about 700 Arab housing units in Area C that were approved in a 2019 cabinet discussion, headed by, you guessed it, former PM Benjamin Netanyahu. Those included 150 units near Bethlehem, 270 in Bir al-Basha near Jenin, and 233 in al-Masqufa, also in the Jenin area.

Which brings us back to the brave statement issued by Yesha Council about how they “cannot continue to sit and wait.” No one knows what they meant by this expression of anguish, but it’s clear that if it means they won’t vote for Bennett next time around and choose Netanyahu instead, this settlement freeze will continue smoothly and uninterrupted. 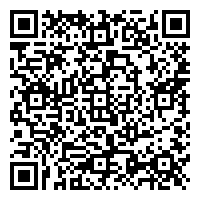