At least 13 bomb threats in multiple Jewish community centers across the United States once again led to evacuations of the buildings on Monday in Alabama, Minnesota, New York, Texas and Wisconsin.

Every incident was a hoax – but in every case, no one took a chance, with police bringing in bomb-sniffing dogs and searching every building.


As with the other cases, the Federal Bureau of Investigation is probing the incidents.

Once the “all-clear” was given, the buildings were re-opened and people were allowed back inside. In some cases, as in the past, programs had already been canceled for the day.

Last month in several incidents a total of 48 JCCs in 26 states – and one province in Canada – were emptied in response to fake bomb threats, nearly 60 of them.

The New York-based Anti-Defamation League (ADL) has been meeting with the FBI to discuss security measures for Jewish institutions – including Jewish community centers – across the country. 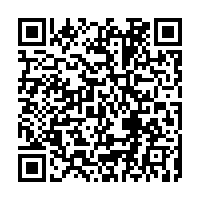