Minister of Intelligence and Transportation Yisrael Katz (Likud), who initiated the “Greater Jerusalem” bill, told NRG on Monday that the Netanyahu cabinet will manage to change the White House’s position on the bill. On Sunday, the Trump Administration applied heavy pressure which forced the Prime Minister to remove the bill from the legislative agenda.

The Greater Jerusalem Bill, following the example of Greater London and Greater Paris, expands the Jerusalem municipality to include several Judaean cities across the “green line,” such as Ma’ale Adumim, Givat Ze’ev, the Gush Etzion bloc and Beitar Illit. Should it be enacted, the new law would constitute the first attempt since the 1967 war to annex parts of the “West Bank.”


“The Americans have known about the law for several months already,” Katz said, explaining: “I told about it to [US Special Envoy Jason] Greenblatt and [US Ambassador] Friedman extensively, and they did not object.”

According to Katz, he was in continuous contact with the prime minister, who had approved the bill even before the Knesset summer break in conversation with the bill’s presenter MK Yoav Kisch.

Minister Katz addressed the American claims that the law is a “distraction” from the peace process, saying that “the Americans want us to wait now because they are about to lay down a diplomatic plan, which we hope it will be good for us. I intend to explain to the American ambassador the details of the proposal and I hope that the prime minister will do the same.”

According to Katz, in contrast to the White House’s failure to transfer the US embassy to Jerusalem, his bill is an essential Israeli maneuver. “This time it’s up to us, it’s an Israeli move that has far-reaching significance for the Jewish majority in the city,” he said, adding, “We have to stand up for ourselves and convince the White House not to block the law because it does not contradict any signed agreements.”

Katz conceded that “maybe we should wait a few weeks to reach a calm with them and only then pass the law, but in any case I intend to apply pressure [on the PM] to pass it, sooner or later.” 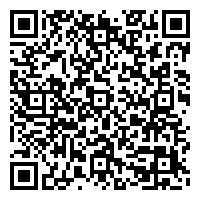