Sources in Israel have speculated that US Special Envoy Jason Greenblatt is interested in presenting President Donald Trump with results, but because of the difficulty in delivering a real political achievement, the Americans have turned to the path of economic empowerment. As Greenblatt recently tweeted:

Palestinians deserve so much better than this. We must find a better path forward toward peace and prosperity. 2/2

One of the projects promoted in this framework is the establishment of an industrial zone in Tarqumiyah, where Jews from the ultra-Orthodox city of Modi’in Illit are will work alongside Arab workers from the PA.

Last week, Greenblat and Trump’s senior adviser and son-in-law Jared Kushner were on a secret visit to Saudi Arabia together with Dina Habib Powell, Deputy National Security Advisor for Strategy, to discuss with senior kingdom officials the President’s peace initiative. The visit was not reported by the White House, but was revealed on Sunday by Politico.

The same three White House officials were in Saudi Arabia and other countries in the region last August, to figure out how to revive the peace talks.

The Ramallah meeting on Sunday was attended on the Israeli side by Minister Kahlon, the Coordinator of Government Activities in the Territories Major General Yoav Mordechai, and a professional team from the Ministry of Economics and the Israel Tax Authority. The PA was represented by Prime Minister Hamdallah, Majid Faraj, chief of the PA General Intelligence Service, and Minister of Civil Affairs Hussein al-Sheikh.

It was Kahlon’s second meeting with Hamdallah in the past six months, and the highest ranking Israeli and PA leadership in the last two years.

On Sunday, Greenblatt met with Prime Minister Benjamin Netanyahu, following a visit last week from Treasury Secretary Steven Mnuchin. Both Greenblatt and Mnuchin called on Netanyahu to renew the political process between Israel and the Palestinian Authority. 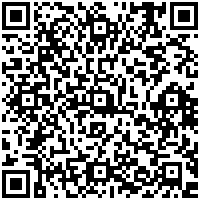