Debra Nussbaum Cohen, a reliable Jewish-American journalist with her finger on the pulse of Jewish America, on Thursday reported in Ha’aretz that Rabbi Mitch Cohen, director of the National Ramah Commission says his organization has been teaching about the Israeli occupation of Judea and Samaria, although they don’t stress Arab suffering as much as an anti-Zionist group calling itself IfNotNow would like.

The Camp Ramah network runs nine overnight camps and four day camps every summer in North America, with more than 11,000 campers and teenage staff. They have as many as 200,000 alumni. And their national director, according to Ha’aretz, has stated: “We don’t differ on the importance of teaching our teens and staff about the difficulties of the occupation. We do differ on the amount of focus it should get.”


According to their website, IfNotNow was established “during the violence of Operation Protective Edge in 2014,” when “young Jews angered by the overwhelmingly hawkish response of American Jewish institutions came together under the banner of IfNotNow to demonstrate their resistance through the beauty of Jewish ritual.”

Then, “moved to act by moral anguish and inspired by Hillel’s three questions, they organized Mourner’s Kaddish actions in nearly a dozen cities across the country and lamented the loss of both Israeli and Palestinian life. They had three demands: Stop the War on Gaza, End the Occupation, and Freedom and Dignity for All.”

To remind you, Hillel the Elder, head of the Jewish Sanhedrin around the year zero, has contributed—among many other sayings, the immortal adage: “If I am not for myself, who will be for me? When I am for myself alone, what am I? If not now, when?”

Poor Hillel is probably the most utilized sage in Jewish-American politics, but only in relation to this one quote in Mishna Avot (The Teachings of our Fathers). He said many other things, such as that anyone who doesn’t learn Torah should get the death penalty, but that isn’t nearly as popular with US liberal Jews. He is also reported to have told a skull he saw floating in the water: “You were drowned for drowning others, and those who drowned you will end up drowned as well.”

But we digress. Any half-witted consumer of news would question the sanity of IfNotNow’s saintly demands of the Jewish State. To reiterate: they want Israel to stop the war on Gaza, an area ruled by a terrorist gang whose charter calls for the annihilation of the Jewish State; they want Israel to end the occupation a decade after it had packed up and left unilaterally on the 9th of Av, 2005; and they want Israel to provide freedom and dignity for all – in a region that resembles Joseph Conrad’s “Heart of Darkness” more than anything even close to freedom and dignity.

The fact that a liberal Jewish American group is spewing these pearls of madness is clear testimony to what happens to a Jewish center in diaspora after a century or so of intermarriage and abandonment of classical Jewish principles, the primary one among them being – according to Rabbi Akiva, another admired Mishnaic sage –”Love your fellow Jew as you would yourself.”

Leviticus 19:18, which is cited by Rabbi Akiva as the primary Jewish rule, has nothing to say about loving gentiles—certainly not about saying Kaddish for them. The full verse states unmistakably that it’s all about Jews, no Palestinian victims need apply: “Do not take vengeance on or bear a grudge against any of your nation, [instead] love your neighbor as yourself, I am God.”

The “I am God” at the end suggests, arguably, that the surefire way to reach God is through loving your fellow Jew as you would yourself, but only if you’ve rid yourself of your revenge fantasies and your resentments.

So, if you were raised in an environment that resembles classical Judaism through a fading, humanistic memory, it is to be expected that your inclination would be to attack your fellow Jews, at home and abroad, and view them as all kinds of monstrosities. It’s OK, you are merely part of a historic process whereby some 80% of the Jews of diaspora are disappearing from the nation’s body politic. Good bye.

IfNotNow are not a meaningful threat to Israel, nor to the Jewish American establishment. Debra Nussbaum Cohen describes their actual power quite vividly in her story: “About 20 protesters from the US anti-occupation group IfNotNow held a rally outside the Jewish Theological Seminary on Tuesday night, standing in the rain to demand that the Conservative movement’s Camp Ramah start talking about the Israeli occupation. It was the first demonstration in the mainly millennial group’s ‘You Never Told Me’ campaign, which calls on Jewish educational groups to include information about the occupation in their teachings about Israel.”

It is an entirely different thing if the vast network of Camp Ramah children’s summer camps were to involve that same bunk in the image of the Jewish State they convey to their campers.

So we emailed Rabbi Mitchell Cohen an inquiry about his seemingly alarming quotes in Ha’aretz, and he responded quickly, reassuring us that his staff across America is not planning to take their kids to demonstrate against Israeli war crimes in front of the nearest Israeli consulate.

“Quotes that show up in articles can be misleading,” Rabbi Cohen wrote. “All the Ramah camps are doing a great job teaching about Israel, and fostering a love for Israel.”

“We have no plans to incorporate IfNotNow’s curriculum into our camps. We have many educators and counselors, including our Israeli shlichim (emissaries), who are free to present their views on Israel, which range from left to center and right, similar to Israeli society,” he continued. “We are especially proud that so many of our teens and young adults spend significant time in Israel, including, every year, a group of new Olim. We also have many Ramah alumni who are now lone soldiers.”

There you have it. The sky is not falling, IfNotNow is not more than 20 guys in the rain in front of JTS, and Israel is still a loving and open place for all the US Jews, children and adults of all ages, to catch the bus downtown from 123rd and Broadway (JTS) to the next Nefesh B’Nefesh event, and come live in a Jewish State where you can find even bigger rallies against the occupation. Because, hey, Israel is where you’ll really find Freedom and Dignity for All. 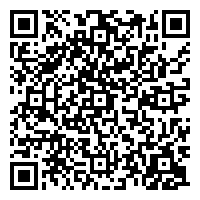