Under pressure from the Prime Minister’s Office, the Jerusalem Municipality has approved a plan of the Israel Antiquities Authority to expand the mixed prayer area at the Western Wall, Ha’aretz reported Monday. The plan was approved based on a regulation that allows making changes in structures without a building permit, to serve the needs of people with disabilities.

The plan was initially submitted by the IAA to the Jerusalem Municipality, and includes an expansion of the prayer area, as well as creating an access path to the site with accessories to help the disabled. This does not require a debate in city planning committees.

The Kotel compromise was reached between Orthodox and non-Orthodox Jewish denominations, according to which the non-Orthodox “mixed” prayer area for men and women was supposed to be expanded in the southern part of the Western Wall. This mixed prayer area was planned to stretch from the Kotel plaza, and to be run by a council of the non-Orthodox denominations and Women of the Wall. The plan was approved by the Netanyahu government in January 2016, but in June 2017, under pressure from the Haredi parties, the government reneged on the plan.

Following the cancellation of the outline of the Western Wall, Prime Minister Benjamin Netanyahu announced his commitment to expanding the current mixed-prayer area, which is located well south of the Kotel plaza.

At that point, a group of archaeologists petitioned the High Court of Justice on the grounds that the work to expand the site is illegal, as it jeopardizes archaeological digs in the area. Netanyahu was concerned that the court might rule in favor of moving the mixed prayer area back to its original location, bordering on the Kotel plaza—resulting in a coalition crisis.

Since then, according to Ha’aretz, the Prime Minister’s Office has been working to retroactively legitimize and expand the mixed prayer area. 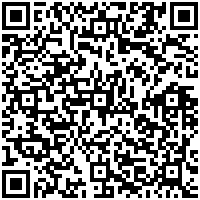