Over the past few days, since President Herzog started his meetings with representatives of the different Knesset factions to hear recommendations about the next Prime Minister, every single Reshet Bet radio news report on the hour starts with a quote from somebody important demonizing Otzma Yehudit Chairman Itamar Ben Gvir.

It began with the president himself, who concluded a meeting with a hot mic comment to the Shas delegation: “There’s one issue I didn’t mention, because I don’t want to shame anyone, but you will have a problem with the Temple Mount. This is a critical issue. You have a partner that the whole world around us is anxious about. I also told him that. Between us – it’s really not for publication. I don’t want to make trouble. It’s your responsibility to speak up.”


Now, in Israeli politics, there’s hardly ever a leak or a hot mic incident that takes place without the active initiation of the person being leaked or miked. Herzog wanted his message to go viral, and it was pushed by every news outlet in the country for an entire news cycle.

They say that if you meet a lot of resistance, it means you’re doing something right. Judging by resistance alone, Itamar Ben Gvir is absolutely on the right track, including his attending the 32nd yahrzeit of his mentor (whom he never met in person) Rabbi Meir Kahane. Remember that one episode during the campaign when a follower yelled out “Death to the Arabs,” and Ben Gvir rebuked him, saying he should say, “Death to the terrorists?” It was such a succinct point, many wondered if the fan wasn’t a plant. Well, Ben Gvir repeated the maneuver at the yahrzeit ceremony, telling his audience of dyed-in-the-wool Kahanists that there are issues on which he disagrees with Rabbi Kahane – and the audience booed him, as was to be expected. Perfect.

That wasn’t good enough for State Dept. Spokesman Ned Price, who told reporters in Washington that “celebrating the legacy of a terrorist organization is abhorrent,” regardless if the other people in the room booed you for not being extreme enough (Ben Gvir said: “It’s no secret that today I am not Rabbi Kahane, and don’t support the expulsion of all the Arabs and will not pass laws for separate beaches for Arabs and Jews.”)

Price didn’t care, he stuck by “abhorrent,” insisting that “there is no other word for it – it is abhorrent. And we remain concerned, as we’ve said before, by the legacy of Kahane Chai and the continued use of rhetoric among violent right-wing extremists.”

Reuters described Ben Gvir as “a settler living in the West Bank, which Israel occupied in a 1967 Arab-Israeli war,” who “wants the Palestinian Authority, which has limited rule in parts of the territory under interim US-sponsored peace deals, dismantled,” and “also supports Jewish prayer on a flashpoint Jerusalem holy site that houses al-Aqsa mosque and which is a vestige of ancient Jewish temples.”

Kudos to Reuters for getting their facts right. They only forgot to mention that Ben Gvir and his faction were elected by half a million Israelis who didn’t choose them for the transfer of Arabs, nor for the right to Jewish prayer on the Temple Mount (if you put together all the Jews who ascended Temple mount this year you still won’t get one Knesset mandate, even if some of them went up several times). Ben Gvir was elected by Israelis across the board, many of them non-religious (he did surprisingly well in the kibbutzim) because the Lapid-Gantz government has failed to preserve law and order on the country’s streets and highways, in the periphery cities and the center, in Jerusalem, the Negev, and Galilee. Israelis don’t care about a transfer at this point, they’re OK with the Arabs staying, just don’t let them kill our women, children, and the elderly in broad daylight, thank you very much.

Meanwhile, a senior Qatari official told Reuters: “We sent a message to Israel that any escalation in Jerusalem, Gaza, or the West Bank during the World Cup will endanger the agreements with Israel.”

An estimated 30,000 Israelis will fly to Qatar to attend the World Cup between November 20 and December 18. Israel and Qatar don’t have diplomatic relations, but they reportedly signed an agreement allowing Israelis to obtain an entry visa to Qatar with proof of purchase of a ticket to one of the games.

The anonymous official’s threat against Israeli soccer fans is not a real thing, because Qatar as the host country of the World Cup cannot ban the citizens of any country, regardless of its security situation back home. This, too, is part of the mad campaign against Ben Gvir, and his partner, Bezalel Smotrich, who wants to become Netanyahu’s defense minister.

The Kan 11 and Reshet Bet radio news––both part of Israel’s public broadcasting conglomerate––have been repeating a separate mantra against Smotrich, citing an anonymous “senior security official,” who warned appointing the Religious Zionism Chairman to the post of defense minister may lead to a serious escalation and even the disintegration of the Palestinian Authority.

Did Imma Smotrich know she raised such a powerful boy?

According to the source, as far as the PA is concerned, five main issues could lead to the apocalypse: legalizing the yeshiva in Homesh; letting Evyatar residents go home, based on their deal with the Bennett government; evacuating Khan al-Ahmar based on the Supreme Court’s repeated rulings; posting a permanent security unit at Joseph’s Tomb in Shechem to protect Jewish worshippers against armed Arab rioters;
And legalizing dozens of agricultural farms and outposts throughout Judea and Samaria.

Clearly, these were not concerns communicated by the PA to this anonymous security official, it’s the Benny Gantz apparatus doing whatever it can to prevent the realization of all the promises his departing government has made or hinted at making, and never bothered to keep. The thought that Smotrich, like Ben Gvir, would just go ahead and make good on all those promises that were made in bad faith is driving the other side mad.

To sum it all up: it’s the Israeli establishment, starting with President Herzog and including everyone who has been involved in the effort to keep Israel weak and secular, who is trying to torpedo the massive turn to the right. The big question now is: will Benjamin Netanyahu side with the right-wing folks who elected him and his coalition partners, or will he once again show his true colors, skip over Ben Gvir and Smotrich and strike a last-minute deal with Gantz, Sa’ar, and Eisenkot.

Knowing Netanyahu, he could easily use the massive offensive against Ben Gvir and Smotrich to call on Gantz et al to forget past hostilities for the sake of saving the country from the extremists. It’s such a Bibi move. But it could prove to be his last popular move, as so many inside his Likud party are much closer ideologically to Ben Gvir and Smotrich than they are to him.

One thing we must learn from the relentless offensive whose purpose is to quash the dream of Jewish renewal in the land of Israel: should the national religious get past Netanyahu’s resistance and land their desired offices, they must launch a mad wave of corrective legislation, get it all in, just as that anonymous apparatchik suggested, starting with passing the override clause, disabling the Supreme Court’s thuggery.

Let us be strong and resolute for the sake of our people and the cities of our God, and God will do what He deems right. (2 Samuel 10:12) 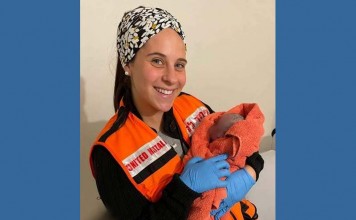 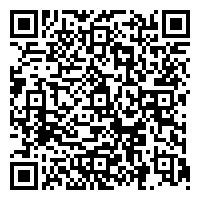