The Reform movement said it plans to reject future invitations from Prime Minister Benjamin Netanyahu as long as he comes up with a solution for what they termed the Western Wall “crisis,” Ha’aretz reported Wednesday.

The Reform tantrum erupted at a meeting of the Knesset Committee on Immigration, Absorption and Diaspora, which dealt with the need to renovate the mixed sex “Israel plaza” (a.k.a. the “egalitarian plaza”) at the Western Wall. In fact, at the meeting, Committee Chairman Avraham Negosa (Likud) stressed that the mixed sex prayer outline was not canceled but suspended, and that a committee was set up to examine it, while the Prime Minister’s Office had already allocated $5.8 million for improvements of said plaza.


“Unity with Diaspora Jewry is an asset for us, and if there is willingness on both sides – let them sit down and talk,” Chairman Negosa said.

Ronen Peretz, adviser to the government secretary, revealed during the same meeting that in the coming weeks work would begin on the Western Wall non-Orthodox section.

All of which was not nearly enough for Reform clergy Noa Sattath, Director of the Israel Religious Action Center, which is the advocacy arm of the Reform movement in Israel. “We in the Reform movement have taken a decision to stop meeting with the prime minister – and this is unprecedented – as well as with our friend [Minister in the prime minister’s office responsible for strategic cooperation] Tzachi Hanegbi, whom we consider to be a true friend, because we want the government to stop misrepresenting these meetings as attempts to resolve this crisis,” she announced.

“The government is trying to buy time, and we’re not going to allow that to happen anymore,” Sattath claimed. “If it doesn’t think there’s a solution to this, then let it say that.”

Peretz replied that “politics must be removed from the discussion. The team that was established at the time was explicitly engaged in prayer arrangements at the Western Wall, but now some elements are trying to drag the agreement to include recognition of [non-Orthodox] marriages and conversions, and that is impossible.”

He also noted that while the Reform and Conservative wan their own section at the Wall, Women of the Wall (WOW) leader Anat Hoffman has “explicitly stated that she would not negotiate as long she and her members are not allowed to bring Torah scrolls into the main women’s section.”

Jerry Silverman, president of the Jewish Federations of North America (JFNA), confirmed Peretz’s remarks, but stressed that “once an agreement has been reached, it must be met, and withdrawing from it angers, irritates, and saddens American Jews.” He then complained: “Despite our love of Israel, Israel does not love us.”

A year ago, the Reform and Conservative movements, together with (WOW), petitioned the Supreme Court to compel the government fulfill its commitment to erecting a permanent, improved mixed sex prayer area at the Kotel, supposedly in addition to the Robinson Arc platform built for them a few years ago by then Minister of Religious Services Naftali Bennett (Habayit Hayehudi).

Complaining that the platform was too distant from the center of the action at the Kotel Plaza, the non-Orthodox insisted on better real estate, which was accepted by Netanyahu’s cabinet and then taken away as soon as the Haredi coalition partners realized the non-Orthodox were demanding an area up-front, equal in size to the Orthodox men’s and women’s sections, where men and women could pray together. That was a deal breaker for them and the government officially announced its decision to suspend the agreement.

From the looks of it, the government will spend millions to renovate a platform that would remain empty 24/7, the Reform and Conservative will never get the central-location section they demand, Hoffman et al will continue to sneak Torah scrolls into the Women’s section – which is the foundation of her fundraising scheme, and Bibi will never hear from the Reform until the horn of the redeemer is sounded over the hills of Jerusalem. 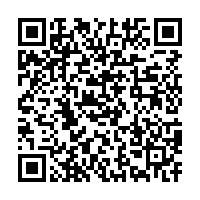