Blue&White officials have told Reshet Bet radio that Alternate Prime Minister Gantz said in his Monday meeting with US Middle East Envoy Avi Berkowitz that July 1, set by Prime Minister Benjamin Netanyahu for the declaration of Israeli sovereignty over the Jewish settlements in Judea and Samaria, is not a sacred date, and the only sacred thing on the government’s agenda right now is getting people back into the workforce and taking care of the coronavirus.

Gantz added in the same meeting, according to sources in his party, that before promoting political moves, Israeli citizens should be able to return to work and earn a living again.

The alternate prime minister also said that Trump’s peace plan is a historic move that constitutes the right and best framework for promoting the Middle East peace process. It must be promoted with the strategic partners in the region and with the Palestinians, and reach an outline that benefits all parties – proportionately and responsibly.

Berkowitz and his team, who arrived in Israel this weekend, will also meet with Prime Minister Benjamin Netanyahu. Yossi Dagan, head of the Samaria Regional Council, on Sunday contacted Avy Berkowitz, President Donald Trump’s Special Envoy for the Middle East, who landed in Israel this weekend, and invited him to visit Samaria and see precisely those localities that may become “isolated settlements” under Trump’s deal of the century (Samaria Council Head Invites Trump’s Envoy on Reality Tour).

The Prime Minister said Sunday night in a recorded speech to the Christians United for Israel group that applying Israeli law to the territories would not adversely affect peace but would, in fact, promote it. Netanyahu called on the PA to talk to Israel, saying he was ready for negotiations and convinced that a future of peace and reconciliation could be built.

The Prime Minister praised President Trump in his address, saying that the peace plan he had introduced puts an end to the two-state mirage, and instead calls for a realistic two-state solution where Israel alone has full responsibility for its security.” 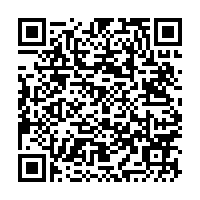