Yossi Dagan, head of the Samaria Regional Council, on Sunday contacted Avy Berkowitz, President Donald Trump’s Special Envoy for the Middle East, who landed in Israel this weekend, and invited him to visit Samaria and see precisely those localities that may become “isolated settlements” under Trump’s deal of the century.

Berkowitz, who replaced Jason Greenblatt, is in Israel for last-minute discussions with Prime Minister Benjamin Netanyahu and his co-Prime Minister and Defense Minister Benny Gantz ahead of the July 1 planned implementation of Israeli sovereignty in parts of Judea and Samaria (about 15%).


“Before you meet with the Israeli prime minister and the Israeli staff, come to Samaria to see it with your own eyes, meet with the people and understand the reality here. Come to Elon Moreh and meet the people, see the tomb of Joseph, Mount Gerizim, the Mount of the Blessing, and the altar of Joshua on Mount Eibal. Go up to the Itamar hilltops and see all three seas from one place. Watch Mount Hermon from the settlement of Yitzhar, and meet the wonderful residents of Mevo Dotan and Hermesh who live over the Biblical Dotan Valley.,” Dagan wrote.

“I would love to host you on this tour and get you to know the area directly,” Dagan continued, stressing that “the responsibility for determining facts in every area, and certainly in determining Israeli sovereignty, is solely the domain of the Israeli government. But it’s equally important to me that we honor President Donald Trump, the best President for Israel in all its years of existence, and you, too, are known to be a great lover of Israel, but for the purpose of establishing a position on this issue “a judge only rules based on the evidence he sees with his own eyes (Bava Batra 131a).”

Avi Berkowitz, serves as the Assistant to the President and Special Representative for International Negotiations, ias well as Advisor to Jared Kushner, grew up in Lawrence, NY and attended the Yeshiva of Far Rockaway. After graduation, he studied at Kol Torah yeshiva in Jerusalem. In 2009, he enrolled in Ner Yisroel Yeshiva in Baltimore, then transferred to Queens College, where he received a Bachelor of Arts degree. He then attended Harvard law school.

“As a faithful Jew, you are probably familiar with the verses that speak of God Himself coming down to see the Tower of Babel before making His judgment. While here, as you probably know, things are far from the description of the Tower of Babel, and, as I said, our policy is solely up to the Israeli government in Jerusalem, a sympathetic Trump administration is important to us, and any time you want, we will be happy to host you and get introduce you to the places and people the whole world is talking about.” 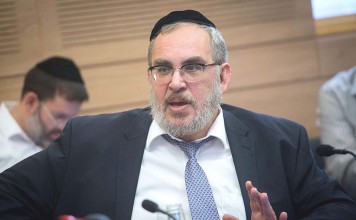 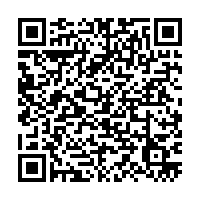