On Thursday, Spiegel reported that the German federal government is planning a ban on the complete operation of the Lebanese terrorist militia Hezbollah. According to Spiegel, based on government leaks, the German Foreign Ministry, the Federal Ministry of the Interior and the Ministry of Justice agreed on this total ban last week, and a final decision could be announced next week at the Innenministerkonferenz (a conference where interior ministers from 16 German states meet to debate policy).

News agency dpa reported that Germany was close to announcing a ban on Hezbollah’s activities, which would then allow banning some activities and individuals, but would not constitute a total ban.


Then Deutsche Welle on Thursday cited an Interior Ministry spokesman who denied that an outright ban of Hezbollah by Germany was coming any time soon.

According to Reuters, Germany’s attorney general was given full power of attorney to investigate Hezbollah’s activities, political and terrorist, without an official decision to ban both.

In 2013, the EU banned the military arm of Hezbollah. But in many EU countries, including Germany, the political arm of the terror group is still legitimized.

The UK and the Netherlands have banned Hezbollah in its entirety, categorizing it as a terrorist organization, as have the United States and Canada.

In his op-ed piece, Grenell stressed that Hezbollah itself does not say it is made up of two separate entities: “The EU maintains an artificial differentiation between the military and political arm of Hezbollah,” the ambassador said.

Hezbollah calls itself “The Resistance,” it is funded mainly by Iran as a Shiite militia, and has engaged in guerrilla and terrorism against Israel as well as inside Lebanon and Syria. The ultimate purpose of its so-called political echelon is to turn the multi-ethnic Lebanon into a Shiite state. 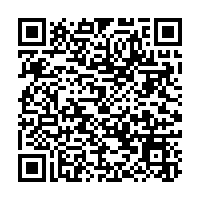