President Donald Trump is eager to begin negotiations between Israel and the Palestinian Authority on the core issues of a permanent deal, such as borders, security arrangements, Jerusalem, the right of return for Arab refugees, and mutual recognition – according to the President’s special envoy Jason Greenblatt who spoke in a meeting with senior Israeli officials last week, Walla reported on Monday, quoting the same officials.


A large part of the Thursday visit dealt with promoting economic and civil initiatives for Israeli-Palestinian cooperation. However, according to political sources involved in the meetings, Greenblatt reiterated that the administration does not intend to deal only with economic measures, and that the president is serious and determined to advance the renewal of the political process between Israel and the Palestinians.

“We want to reach the core issues,” he told one of his Israeli counterparts. “We mean it seriously.”

According to an Israeli official involved in the matter, in recent weeks the Administration has even sent Israel position papers relating to some of the core issues.

Still, the Administration appears to be applying equal pressure on Jerusalem and Ramallh. On Sunday night, Israel’s Channel 2 News reported that President Trump’s meeting with PA Chairman Abbas had reached high tones, and Trump was furious at his host and shouted at him rebukes for his involvement in incitement.

An Israeli source told Walla that the PA officials who attended the encounter were disheartened by the negative atmosphere of those exchanges.

Secretary of State Rex Tillerson told reporters on Air Force One that “the president was very forceful in his encouragement to both of them to be serious about approaching these discussions in the future and recognize you have to compromise.”

“Everyone has to compromise,” Tillerson said. “So he was putting a lot of pressure on them that it was time to get to the table.”

The Baleful Significance of the Democrats’ Iron Dome Fiasco 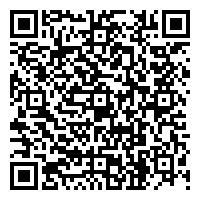