Jafari said that Khamenei set the range at 2,000 kilometers (1,240 miles), limiting the range to the Middle East.


The range includes Israel, and a number of American bases as well. The U.S. Fifth Fleet is based in Manama, Bahrain, for instance. However, Qatar hosts the Al Udeid Air Base, 32 kilometers southwest of Doha and with approximately 10,000 American military personnel, the largest U.S. base in the region.

The ballistic missile program was not technically considered part of the JCPOA (Joint Comprehensive Plan of Action) nuclear deal signed in 2015 between Iran and the six world powers. However, there was a prior United Nations resolution prohibiting Iran from advancing its ballistic missile technology — a mandate Tehran has studiously ignored to this point.

Jafari told reporters Tuesday at a conference in Tehran the country’s current ballistic missile capability is, at this point, sufficient for Iran’s military needs.

“Today, the range of our missiles, as the policies of the Iran’s Supreme Leader dictate, are limited to 2,000 kilometers, even though we are capable of increasing this range,” Jafari said.

“Americans, their forces and their interests are situated within a 2,000-kilometer radius around us and we are able to respond to any possible desperate attack by them,” he said, according to ABC News.

“They know that if they begin a war between Iran and the United States, they will definitely be the main losers and their victory will by no means be guaranteed,” he said. “Therefore, they won’t start a war.”

The U.S. House of Representatives voted last Thursday to impose new sanctions on Tehran in connection with the country’s continued work on its ballistic missile technology. 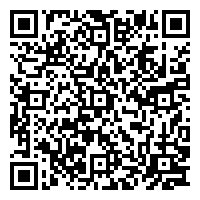