Prime Minister Benjamin Netanyahu and his wife on Tuesday morning attended a memorial ceremony honoring soldiers from Australian and New Zealand who died in WWI. The ceremony is part of the events marking 100 years since the October 31, 1917 battle of Be’er Sheba. Also attending the ceremony were Australian Prime Minister Malcolm Turnbull and his wife, and New Zealand Governor General Patsy Reddy and her husband.

In his remarks, Netanyahu said, “We set out a simple policy: We seek peace with all our neighbors, but we will not tolerate any attacks on our sovereignty, on our people, on our land, whether from the air, from the sea, from the ground or below the ground. We attack those who seek to attack us. And those who contemplate that, I strongly advise you: Do not test the will of the State of Israel or the army of Israel.”


The PM gave an inspired speech about the brave sacrifices made by Aussies and Kiwis of the ANZAC (Australian and New Zealand Army Corps) Mounted Division who fought and died to liberate the Holy Land.

“Nearly 4,000 years ago, Abraham came to Be’er Sheba, the City of Seven Wells. Exactly 100 years ago, brave ANZAC soldiers liberated Beer Sheba for the sons and daughters of Abraham and opened the gateway for the Jewish people to reenter the stage of history. The heroism of your fallen men will never be forgotten. The brave soldiers who are buried here played a crucial role in defeating the Ottoman Empire, liberating the Holy Land, ending 400 years of Ottoman rule in one great dash.

“This momentous occasion was a historic milestone in the natural kinship between our peoples. When I say natural, I don’t just mean the way we address life and each other, that easy informality, that warmth. That was evident from the moment our people met your people. I mean something deeper, because there’s a historical significance of what happened here. ANZAC soldiers went on to capture Jerusalem, Tiberius, Megiddo, then continued northward. They were actually retracing the footsteps of the heroes of the Bible. They were stepping on the verses of the Bible, and they knew it, and their clergy who spoke of this so movingly a moment ago, they knew it too.

“This partnership began two years earlier, in 1915, with a great defeat. In the defeat at Gallipoli, two things were forged. One, the absolute resolve of the ANZAC forces to redeem their fallen brethren and establish this glorious victory here. And the second thing that was forged was the first meeting between ANZAC fighters and Jewish fighters, the first Jewish fighters who stood shoulder to shoulder with them in Gallipoli, the first Jewish fighting force in 2,000 years. And that continued here with the Jewish Legion that helped liberate Palestine here, in this campaign that we mark today. This was a point, a partnership that has historic significance today.

“When I joined the Israeli army 50 years ago, I joined our Special Forces, I was given a broad hat. It was called an Australian hat. It was very good to shield ourselves from the sun. We also sat next to eucalyptus trees that came from Australia. And we learned about the ethos of courage of Australian and New Zealand soldiers. We talked about it. We drank it in. It stood as a shining example for us. It was an example of the spirit of fortitude and courage, and the willingness to act in the defense of our people and our values. These are the values that guide us today as well. We saw here in Beer Sheba 800 cavalry go against 4,000 embedded Turks with machine guns, with bunkers. The few won against the many.

“That’s the spirit of the army of Israel. It stands today. We set out a simple policy: We seek peace with all our neighbors, but we will not tolerate any attacks on our sovereignty, on our people, on our land, whether from the air, from the sea, from the ground or below the ground. We attack those who seek to attack us. And those who contemplate that, I strongly advise you: Do not test the will of the State of Israel or the army of Israel.

“When the Light Horse were charging here, their commanders were worried about the absence of water. Today we do not worry about that. A few months ago, we signed an agreement on water between Australia and Israel. It can apply to New Zealand. We can make water. We can change the world. What we established here with the rise of Israel, the rise of technology, the rise of ingenuity, is that we can cooperate to better the lives of our peoples and of all people everywhere. That too we should remember at the Battle of Beer Sheba. I believe that those soldiers who fell here would be proud of the deep and enduring alliance between our countries today.

“We will forever honor and treasure their memory.” 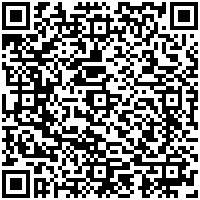