Prime Minister Benjamin Netanyahu on Tuesday night slammed a bill under consideration by the Irish Senate that would criminalize trade with Israeli communities located in areas won in the 1967 Six Day War.

Netanyahu said in a statement that the entire goal of the bill is to harm Israel and support the international Boycott, Divest and Sanctions (BDS) movement against Israel.

“The initiative gives backing to those who seek to boycott Israel and completely contravenes the guiding principles of free trade and justice,” said Netanyahu’s office.

Netanyahu instructed that the Irish Ambassador to Israel be summoned to the Foreign Ministry on this matter, according to the statement.

The Irish Foreign Ministry has had no comment on the matter.

The bill, entitled “Control of Economic Activity (Occupied Territories) Bill 2018″ which was debated in the Irish Senate on Tuesday, must pass through several more hurdles before it becomes law.

Under the measure, Irish citizens and companies incorporated in Ireland would be proscribed from importing or selling items and/or providing services produced in Israeli communities located in post-1967 areas – including Judea, Samaria, Jerusalem and the Golan Heights. Violators would face up to five years in prison, and that includes transactions regardless of location.

If it is enacted, the law could create a serious dilemma for leading U.S. firms with Irish subsidiaries who will have to face a choice between violating Irish law or violating the U.S. Export Administration Regulations.

American federal law requires U.S. companies to refuse to participate in foreign boycotts that are not approved by the United States.

In addition, American companies would also be subject to the individual laws of their home states, many of which have also enacted separate legislation against the Boycott, Divest and Sanction campaign against Israel.

The Irish law will also force U.S. firms to violate European Union and international laws. Moreover, an article posted by The Hill noted that the bill would also seriously threaten Ireland’s economic relationship with the United States, which is vital for the country’s prosperity.

Update: The Irish Senate, following a debate on Tuesday, decided that the bill would be formally adjourned until July. 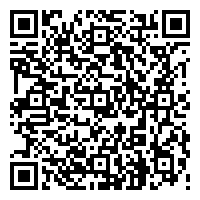