Kerry tweeted Monday night: “I can tell you that this story and these allegations are unequivocally false. This never happened – either when I was Secretary of State or since.”

I can tell you that this story and these allegations are unequivocally false. This never happened – either when I was Secretary of State or since. https://t.co/BTOdFE1khW

In a recording reported on Sunday by the Times, Zarif is heard saying that Kerry had informed him in the context of their conversations before signing the 2015 nuclear deal about Israeli attacks on Iranian assets in Syria at least 200 times.

The Zarif statement was part of an hours-long interview for an oral history project on the Iranian government. This is probably why Iran’s Foreign Ministry spokesman Sa’eed Khatibzadeh, who did not deny the content of the leak, claimed it was edited “selectively.”

The Zarif claim naturally caused a furor across the political map, with the right accusing Kerry—who was Secretary of State at the time—of betraying Israel, and the left recalling the incident back in November 2017 when President Donald Trump had locked himself up in the Oval Office with two senior Russian officials to whom he allegedly revealed the identity of two Israeli assets in Syria.

Former UN Ambassador Nikki Haley tweeted “This is disgusting on many levels. Biden and Kerry have to answer for why Kerry would be tipping off Iran, the number one sponsor of terror, while stabbing one of our greatest partners, Israel, in the back.”

In a speech on the Senate floor, Senator Dan Sullivan (R-Alaska) demanded Kerry’s resignation for revealing “the secrets of one of our most important and enduring allies in the region to an avowed enemy, the largest state sponsor of terrorism.”

Earlier this month, The Times cited an anonymous US official who revealed that Israel had been behind an operation in the Red Sea against Iran’s IRGC Navy reconnaissance vessel Saviz. The report was blamed on the Biden administration’s callous if not outright hostile treatment of Israel.

But the Times report cited similar revelations from US sources about secret Israeli operations in 2018 and 2019, during the Trump administration, suggesting that betraying Israel’s interests, never mind its good name, was a thing of habit for the Americans, regardless of who occupied the White House at the time.

State Dept. Spokesperson Ned Price was asked by a reporter during a press conference on Monday: “Can you say anything about whether John Kerry, as secretary of state, was talking about Israeli operations in Syria that were not supposed to be discussed?”

To which Price responded: “This is purportedly leaked material. Can’t speak to the authenticity, can’t speak to the accuracy of it, can’t speak to any motives that may be behind its dissemination. I would just make the broad point that if you go back and look at press reporting from the time, this certainly was not secret, and governments that were involved were speaking to this publicly on the record.”

Which, admittedly, is true: those Iranian assets across the Syrian map did not blow themselves up. However, the serious question regarding the Kerry revelations is not whether or not he made them, of course he did, but just how much detail did he disclose to Israel’s most vicious enemy about every one of those 200 strikes. 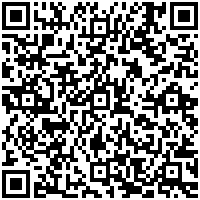