Israel’s Prime Minister Benjamin Netanyahu expressed his thanks and those of the nation Monday in response to the announcement by the United States that “all sanctions that were previously lifted under the Iran nuclear deal” had been reimposed effective Monday morning (Nov. 5 2018).

Netanyahu called it a “historic day,” hailing the move by the Trump Administration to make good its threat to impose the most severe sanctions on Iran “since the beginning of the effort to stop its aggression.

“We see the impact of these sanctions on the ground right now,” Netanyahu said, “and the second wave of sanctions, especially the sanctions imposed on the SWIFT, the banking clearing system used by the Iranian regime, will add a very severe blow to Iran’s terrorist regime,” he said.

“I believed that sanctions must include this element of credit clearance. I raised this several times, even during my last meeting with U.S. Treasury Secretary Steven Mnuchin, and I am pleased that the U.S. has decided to include this component, the credit component.”

“Sanctions work and are suffocating the Iranian regime. We see this on the ground in Iran, in its economy, and in the growing fear of the regime.

“Wherever there is terrorism, you can find an Iranian fingerprint. Therefore, Europe and other countries must join the United States to create a united front in the fight for stability in the Middle East and the world at large.

“From today, the world will have to choose a side: Iran or the United States.” 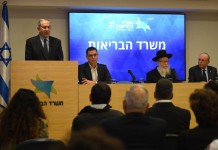 Netanyahu: We Are in a Global Pandemic; It Needs to be Said 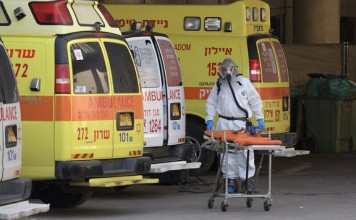 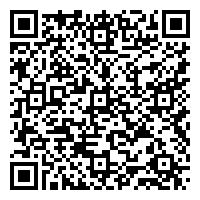