Prime Minister Benjamin Netanyahu, issued a statement at the end of the Rosh HaShanah holiday, Tuesday night, saying “the US made the correct decision regarding the PLO mission in Washington. Israel supports American actions that are designed to make it clear to the Palestinians that refusing to negotiate and attempts to attack Israel in international forums will not advance peace.”

To those of you who spent the holiday in shul, away from your mass media, The Trump administration on Monday announced it is closing the PLO office in Washington, DC, cutting off the Palestinian Authority’s ability to maintain its diplomatic mission to the US.

“We have permitted the PLO office to conduct operations that support the objective of achieving a lasting, comprehensive peace between Israelis and the Palestinians,” the State Department said in a statement, adding, “However, the PLO has not taken steps to advance the start of direct and meaningful negotiations with Israel.”

Husam Zomlot, head of the PLO General Delegation to the United States, described on Monday the decision as reckless: “We condemn in the strongest terms the US administration’s decision to close the Palestinian mission to the US. However, we are not surprised,” he said in a statement. “Such a reckless act confirms that the administration is blindly executing Israel’s ‘wish list,’ which starts with shutting down Palestinian diplomatic representation in the US.”

Needless to say, this did not go over well in Ramallah either. Nabil Abu Rudeineh, spokesman for PA Chairman Mahmoud Abbas, said: “The recent US decision to close the PLO office in Washington will not change our position towards preserving our Islamic and Christian holy places and our commitment to the United Nations resolutions and the decisions of the Arab and Islamic summits related to the Palestinian issue. We have always acted to implement these resolutions.”

“Holding on to Jerusalem and preserving it and our Palestinian people’s rights, especially, and in addition to Jerusalem, the refugees’ issue and the rest of the rights that our people and leadership are in consensus over, are more important than the relationship with the United States,” he added.

National Security Advisor John Bolton on Monday told the Federalist Society, a conservative, Washington-based think tank: “The Trump administration will not keep the office open when the Palestinians refuse to take steps to start direct and meaningful negotiations with Israel. The United States supports a direct and robust peace process, and we will not allow the ICC, or any other organization, to constrain Israel’s right to self-defense.” 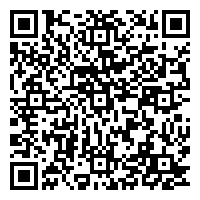