The oldest continuously functioning synagogue in Boro Park, and one of the oldest in the city of New York, has just been saved from the wrecking ball by a temporary restraining order (TRO) granted by a judge last Thursday in the New York State Supreme Court.

Two members of Chevra Anshei Lubawich of Borough Park, an Orthodox congregation, quietly sold the building in a transaction that more than a dozen other members of the shul contend was carried out surreptitiously under the noses of the rest of the congregation in a multi-million dollar deal to replace the historic structure with a six-story condominium project.


The historic structure, built in 1902, was purchased from Congregation Beth El in 1914 and has been the property of Chevra Anshei Lubawich of Borough Park ever since. A group of members from the synagogue last week petitioned the Court to rescind and annul the sale of the building that was approved by the state’s Attorney General.

According to court papers viewed by JewishPress.com, the $3.1 million deal includes an agreement with the Williamsburg-based real estate developer who purchased the property to sell back the first floor and basement of the new building to the congregation for the sum of $3 million for use as a new synagogue, leaving all but $100,000 of the original investment returned to the hands of the buyer. During the four-year construction process, the congregation is expected to contend with displacement in a local basement.

“I’ve been praying at this synagogue for 10 years,” said congregation member Chaim Katz. “Last Shabbos, someone brought security guards into the shul! It’s provoking a civil war between congregants who have prayed together for so long. Why security guards? To intimidate those of us who object to the whole manner in which this was handled and are demanding that the building not be sold and, Heaven forbid, be demolished!” he added.

There are also deep concerns over the questionable valuation of the property. But most important was the destruction of the historic synagogue, and the fact that such a transaction was allegedly carried out without consulting the rest of the membership as required.

“That it was sold in stealth, without the knowledge or approval of its members, only underscores that this decision and transaction were not with the best motives,” said David Shor, who has been praying in the synagogue for some 12 years.

The application document submitted to the state’s Attorney General claimed the sale was discussed and approved by “trustees and members of the Petitioner” (meaning the board of the synagogue) at meetings held on April 3, 2016, June 15, 2016 and February 26, 2017, at which time the sellers claimed the “trustees and members voted to authorize a sale of the subject property to 4024 12th Ave LLC. . .“

But a group of 15 members of the congregation listed on court papers filed last week deny they knew anything about this sale, and say it was conducted secretly and without their knowledge. Moreover, they contend that the buyer has a personal relationship with one of the two people who sold the building. They also say that no effort was made to offer the building for sale publicly, or to solicit or consider other proposals from potential buyers prior to the sale.

The litigants say the two sellers did not have legal authorization to act on behalf of the entire congregation according to the bylaws of the synagogue’s Constitution, which were also submitted to the court and which were made available to JewishPress.com.

They did not seek a vote of approval on the sale from the entire membership of the congregation, according to affidavits submitted by the litigants. “Petitioners did not learn of the sale, or even that a sale was being considered,” according to court papers, until several weeks after the deed to the property was delivered to the purchaser.

One of the members of the congregation, who is listed among the group of litigants, confirmed in court papers: “I attended approximately three meetings regarding the potential sale of the Synagogue at which many individuals that are members did not attend because the three trustees did not give them notice nor wanted the issue to be the subject of full disclosure and debate.” He personally found out about the meetings only through “a phone call from who I believe was Mr. Gluck,” he affirmed.

“I voted against the sale of the Synagogue,” he said, adding, “because I felt that such an important issue as selling a one hundred year old synagogue, uprooting its existing membership and replacing it with what is supposed to be a first floor and basement in a condominium residential setting should require the input of all members and those who financially support and attend services at the Synagogue. Even though I attended meetings regarding the proposed transaction, the three petitioners (ed.-trustees) never provided any details of the transaction,” he said. When news of the sale filtered out, I asked … ‘why was I never consulted’, I was told that if the details became known, there would be significant opposition and the deal ‘would never happen.'”” (NYSCEF DOC. NO. 13)

The sellers claimed in the application to the Attorney General seen by JewishPress.com that the synagogue building was “old, dilapidated, in need of extensive renovation and is no longer able to house the Synagogue adequately and safely.”

The above litigant denied in his affidavit absolutely that the building is in poor condition, stating for the record that “all of the interior systems are in good working condition. The heating, lighting, and air conditioning all work and there are no existing major problems with the Synagogue to indicate that there is anything that is “unsafe” about the structure,” he stated.
(NYSCEF DOC. NO. 13)

Shor also vehemently denied the accusation and told JewishPress.com that an engineer is being retained to prove it. “Some parts of the synagogue may need minor cosmetic repairs, but the area that is accessible to the public is in good repair, and in good condition; and any outstanding issues that were brought to the congregation’s attention in the past were dealt with. Let’s be clear,” he said bluntly. “There are 50 to 60 people who pray regularly in the synagogue, and at least 90 percent if not more are vehemently opposed to this sale.”

Shor added that more than a dozen long-time members of the synagogue who have had a relationship with the congregation since the 1960s and moved away over the years but who still contribute money to this day, have “heard about the demolition plans and have called to offer assistance and support.”

Photos show that the building is historic, and public area is clean and lovely.

Daily and Shabbat services have been held in the same structure since 1914 and ongoing maintenance is kept up, according to court papers. “There is a new floor and new benches and tables,” documents state, with roof, plumbing, heating and electrical systems all in good working order.

Although not formally landmarked, the building certainly meets criteria as an historic structure. It is more than 100 years old, and it is one of the sole buildings in the city bearing the name of Lubavitch in New York for more than a century.

A source close to Chabad-Lubavitch leadership told JewishPress.com that officials are quietly “outraged at the attempt to demolish this historic synagogue.”

The congregation is now seeking to annul the sale, but as was pointed out by the leadership of the synagogue in ongoing email communications with JewishPress.com, New York Supreme Court Judge Marsha Steinhardt ruled that in the meantime, “Processing of all relevant paperwork may continue notwithstanding the TRO.” The next hearing is set for September 7.

This article has been updated with new and additional information. 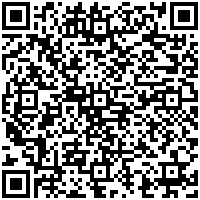