A spokesman for PA chairman Mahmoud Abbas, Nabil Abu Rudeineh, warned against a US declaration ahead of the September 17 Israeli elections that supports the annexation of parts of Judea and Samaria, WAFA reported Tuesday.

Presidential envoy Jason Greenblatt on Monday told Bloomberg TV that President Trump is yet to decide whether he would unveil his “deal of the century” peace plan before or after the September elections (See: Greenblatt: Trump Not Seeking to Unseat Abbas).

Abu Rudeineh stressed that any procedure or decision that affects Arab national rights in Judea, Samaria, or Gaza, would be considered illegitimate.

He spoke in response to media reports that Prime Minister Benjamin Netanyahu is seeking a public declaration from President Donald Trump recognizing Israeli sovereignty over parts of the liberated territories.

Abu Rudeineh warned that such a move would have “serious implications,” particularly since it would follow the US recognition of Jerusalem as Israel’s capital, as well as Israeli Jews’ visiting the Temple Mount, the US position on the issue of refugees, and Israel’s holding back funds that were intended for terrorists behind bars.

“This step, if taken, would constitute an ongoing playing with fire,” he said, suggesting that “peace would not be made at any price.”

In All Your Ways Recognize G-d 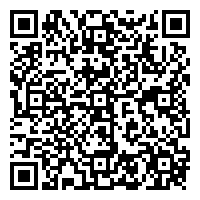