Should Vermont Independent Senator Bernie Sanders receive the Democratic party’s nomination and go on to defeat GOP incumbent President Donald Trump, his White House is likely to be packed with anti-Israel senior officials who would make the Jimmy Carter and Barack Obama look like a branch of the ZOA, the Washington Free Beacon suggested on Wednesday.

According to the Beacon, Bernie has taken in two senior staffers: foreign policy adviser Matt Duss and campaign manager Faiz Shakir, both of whom have been accused of “promoting anti-Semitic conspiracy theories” while working for the Center for American Progress (CAP).

CAP was criticized by several Jewish organizations after its employees “publicly used language that could be construed as anti-Israel or even anti-Semitic.” CAP staffers published tweets which NGO Monitor, the American Jewish Committee, and the Anti-Defamation League labeled outright anti-Israel. The Tweets were deleted, and the authors apologized.

The Beacon quoted a pro-Israel Jewish activist who said, “Sanders is building a campaign team filled with people who have devoted their careers to running anti-Semitic campaigns and calling them anti-Israel. […] It’s deliberate and transparent. These are people who take over progressive organizations and turn them into hubs for pushing and defending open hostility toward Israelis and Jews. It’s clearly what they’re being hired to do now.”

Republican consultant Noah Pollak, who serves as executive director of the Committee for Israel, said, “Sanders used to leave foreign policy alone, but now he’s found advisers to sharpen his message for the progressive zeitgeist.”

“The zeitgeist, and those advisers, are obsessed with Israel, and the reason they’re obsessed with Israel is because they appear to be obsessed with Jews,” Pollak added. “It’s appalling on the substance but it’s also bad politics. Most of America is going to be puzzled to discover, to take one example, that a few months ago during Hamas’s attempts to send terrorists across Israel’s border, Sanders was on TV repeating Hamas talking points about peaceful protesters. Sanders’s domestic policy amounts to hating the rich and his foreign policy amounts to hating Israel. It’s probably not a winning platform.”

Robert Fisk, writing for CounterPunch (Bernie Sanders, Israel and the Middle East) recalled how difficult it had been for JFK to run to become the first Roman Catholic American president, suggesting the Sanders campaign is “going to be about Israel. And, if this liberal intellectual is going to be a serious candidate for 2020, he’s going to meet plenty of latent anti-Semitism in the United States.”

“Just imagine how Sanders will have to confront the same bigots when they insinuate that he’s more loyal to Israel than to his own country. He’s not – as one television presenter once suggested – a dual national. He’s not an Israeli. He’s the child of Polish Jewish immigrants.”

Of course, that point of view did not keep Sanders from condemning the 2014 “Israeli attacks that killed hundreds of innocent people – including many women and children,” and referring to Israel’s air strikes in response to thousands of Hamas rockets there were aimed at its civilians as “disproportionate” and “completely unacceptable.”

“The Israelis, whose lives depend on their future dependence on America as much as their past reliance, may come to fear him,” Fisk predicts. 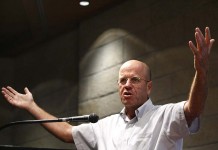 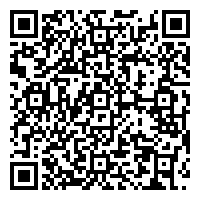