According to rabbinic tradition, Sambation, the river beyond which the Ten Lost Tribes of Israel were exiled by the Assyrians in 720 BCE, gushes and carries large stones in its stream six days a week, but on the seventh day it rests. Now it appears that former president Donald trump will catch a similar break.

One of Trump’s lead defense attorneys in his impeachment trial, David Schoen, has informed the Senate as an observant Jew who does not work on Shabbat as part of his faith, he would not attend proceeding after sundown on Friday or show up to work on Saturday.


In a letter obtained by The New York Times, Schoen wrote: “I apologize for the inconvenience my request that impeachment proceedings not be conducted during the Jewish Sabbath undoubtedly will cause other people involved in the proceedings. The practices and prohibitions are mandatory for me, however; so, respectfully, I have no choice but to make this request.”

The attorney noted that Shabbat starts at 5:24 PM this coming Friday, which brings two immediate concerns to mind: how would he get home in less than 18 minutes past candle lighting time; and does he trust the Washington, DC, eruv.

Senate Majority Leader Chuck Schumer’s office responded the Senate would accommodate Trump’s attorney’s request. How could they not – Schumer’s home district used to be Flatbush, all the way down to the Belt Parkway, in Brooklyn.

“We respect their request and of course will accommodate it. Conversations with the relevant parties about the structure of the trial continue,” said Schumer’s spokesperson Justin Goodman.

Schoen could stay at the Trump International hotel which is a 24-minute walk from the senate building, according to Google Maps. He could walk there together with fellow Shabbat observers Ivanka Trump and Jared Kushner. Or they could leave a few minutes before candles and catch a limo.

Either way, Schoen’s actions were a Kiddush Hashem. 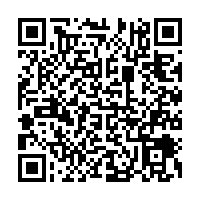