U.S. President Donald Trump has made good on his warning that funding would be withheld in response to a lack of movement towards peace by the Palestinian Authority.

The Trump administration informed the United Nations Relief and Works Agency (UNRWA) Tuesday that it will transfer a payment of just $60 million in aid to the organization – a cut of more than 50 percent of what was to be a tranche of $125 in its initial annual pledge to the agency.


The remaining $65 million in funding is being withheld, according to State Department spokesperson Healther Nauert. “It’s money that’s being frozen at this time,”she told journalists at a press briefing. “It’s not being canceled. It’s just being held for future considerations.” She said additional U.S. funding will be dependent on changes being made at the agency.

The U.S. provides about 30 percent of UNRWA’s overall budget. In 2016, the European Union – the agency’s second-largest donor – gave less than 50 percent of the American contribution, which was $355 million.

More than half of UNRWA’s budget is devoted to education; but a look at the textbooks from which the children in UNRWA schools are taught shows the agency is violating the basic tenets of the UN Charter, and blatantly inciting against Israel.

UNRWA school textbooks show there is “no hope for peace in the region,” according to a September 28, 2017 study by the Center for Near East Policy.

The study reviewed 150 Palestinian Authority textbooks for grades one to 12, half of which were published in 2016-17. Among other things, the textbooks claim Jews have no rights in ‘Palestine,’ deny the existence of Jewish holy places there and delete Israel from the map. The books also promote violent struggle as the path to liberation.

During the last war between Israel and the Gaza-based Hamas terrorist group, a number of UNRWA schools were used by terrorists to stockpile weapons and missiles. Launching sites for rocket and missile attacks against Israeli civilians were situated close to UNRWA facilities, and terrorists were not stopped by staff from using civilians sheltering there as human shields while attacking Israel. Hamas terror tunnels were found beneath UNRWA schools.

Senior U.S. officials told Associated Press on Sunday that the plan to withhold the funds is supported by Secretary of State Rex Tillerson and Defense Secretary James Mattis, who both see it as a compromise to the plan backed by U.S. Ambassador to the United Nations, Nikki Haley, who believes all funds should be cut off until the Palestinian Authority returns to the moribund final status talks with Israel. 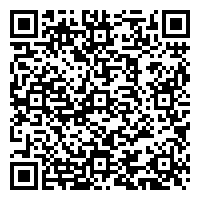