“If anything happens here,” President Donald Trump told an NYC gathering of Orthodox Jews, referring to the Democratic Congress’ relentless efforts to impeach him, “I’m making a trip over to Israel and I’d be prime minister there very soon.”

Worst things could happen. As the president put it, in Israel his approval rating is 98%.


A group calling itself The Patriotic Alliance of Jewish Americans, on Tuesday night hosted a fundraiser with about 400 guests for President Donald Trump at the InterContinental New York Barclay, and when the guest of honor arrived, Rabbi Yosef Yitzchak Jacobson, a Chabadnik from Monsey and editor-in-chief of the Algemeiner Journal, made the Blessing for a King: “Blessed Are You God, King of the Universe, Who imparted His honor on flesh and blood.”

The president exclaimed in his irrepressible fashion: “I like him!” and the hall became filled with cries of “USA!” and “Four more years.”

“What kind of a system is it over there, right?” Trump continued. “They’re all fighting and fighting. We have different kinds of fights. [But] at least we know who the boss is. They have two elections and nobody is elected.”

“I gave you, in Jerusalem, the embassy. That was a big deal,” Trump said, and joked that as a result, the US now owns more real estate than Ruby Schron, an NYC real estate investor and landlord who controls property worth more than $1 billion – and was in the room.

Trump reiterated that “every president promised” the embassy move but didn’t deliver. He shared with his audience that “when I got into office, the pressure that was put on me to not do it was incredible. I got a call from every leader from every part of the world practically.”

Trump reminded his audience of his pardoning of Sholom Rubashkin, because his treatment by the US government was unfair and because Trump was impressed by how many people, Jews and gentiles, had asked him to give the pardon. In the end, Trump said, it was the right thing to do.

According to Hamodia, the event raised more than $3.5 million for Trump’s reelection campaign. 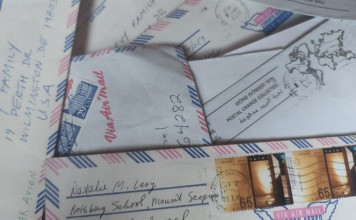