In simple terms that all of us understand: Mike Pompeo, just appointed by President Trump to replace Rex Tillerson at the State Department, is a dedicated supporter of Israel, especially Prime Minister Netanyahu, and an old-time opponent of the Iran nuclear deal. On both counts, Pompeo should be an improvement over his predecessor as far as Israel is concerned.

In October, Pompeo compared Iran to ISIS, calling it a “thuggish police state,” and vowed to constrain its investment environment and even to roll back the 2015 nuclear deal that allowed the Islamic Republic to absorb hundreds of billions and to become the most dangerous exporter of terror in the Middle East. Pompeo, then the head of the CIA, also said in October that the American clandestine services together with the Treasury Department would make life miserable for Tehran by exposing Iranian businesses with ties to the Islamic Revolutionary Guard Corps (IRGC).


Unlike Tillerson, who believed he could appease his Boss’s eagerness to scrap the more disturbing elements of the Iran nuclear deal while keeping the deal alive, Pompeo has no such ambitions. Like the president, he wants to see the deal either going much tougher on Iran, or scrapping it altogether.

His views are as close as you can get to Netanyahu’s without actually applying for an Israeli citizenship. In November 2016, Pompeo warned that Tehran is “intent of destroying America” and called the nuclear deal “disastrous.” That was one of the occasions when he spoke of “rolling back” the deal.

In 2015, Pompeo, then a congressman, visited Israel and met with the Prime Minister. He said that “Prime Minister Benjamin Netanyahu is a true partner of the American people,” and that “Netanyahu’s efforts to prevent Iran from developing nuclear weapons are admirable and deeply appreciated.”

On his visit, which took place during the knives Intifada, Pompeo said that “in the fight against terrorism, cooperation between Israel and the United States has never been more important. We must stand by our ally Israel and stop terror. Terrorist attacks by Palestinians only keep peace away.”

But despite this clear friendship between the next Secretary of State and Israel, we must not forget the 800 pound bear in the Oval Office: Russia. It happens to be Iran’s strongest ally, with Russian exports to Iran growing from $1.2 billion in 2015 to almost $2 billion in 2016. Exports to Iran stand at only around 1% of Russia’s foreign trade, but this trade surplus and the fact that there is now a large, new market for Russian goods make Iran an important partner (source: Russia Beyond).

After the lifting of sanctions in 2015, there were no remaining payment-related problems, and in 2016 Russia and Iran signed Memoranda of understanding on dozens of industrial projects, to the tune of an estimated $40 billion. Most of those projects are still in drawers, but there’s enough potential wealth in those drawers to make Russia and Iran inseparable.

Which is where the newly appointed Secretary of State may be running into a wall: Iran and Russia are inseparable in Syria, too, where that cozy relationship is a direct threat to Israel. Which of President Trump’s inherent loyalties will Secretary Pompeo choose to serve? His love for Israel – or his bizarre deference to President Putin?

Hours before his ouster, Secretary Tillerson condemned the poisoning in the UK of an ex-Russian spy and his daughter with what appeared to be a Russian military-grade nerve agent. He called it “a really egregious act” and insisted it had “clearly” come from Russia. He then issued a statement via the State Department on Monday evening, where he called Russia “an irresponsible force of instability in the world, acting with open disregard for the sovereignty of other states and the life of their citizens.”

And shortly thereafter, he was cut by a presidential tweet.

Mind you, Tillerson was not so eager to go after Iran, he actually ran his own effort to reshape the nuclear deal to make it palatable to Trump. How will Pompeo square his enmity towards Tehran with Tehran’s embrace by the Kremlin and the fact that his boss has made the Kremlin virtually untouchable (recently refusing, for instance, to impose new sanctions on Russia that had been endorsed by 98% of Congress).

The world is expecting the United States to be a bulwark against Russian imperialism, in Syria, in Western election campaigns, in obeying the rule of law and avoiding murdering people as much as possible. Can Mike Pompeo finally drag President Trump into taking a tough stand against Russia – because it is the right foreign policy for the US? 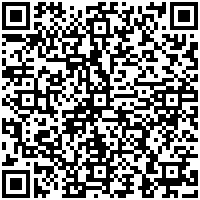